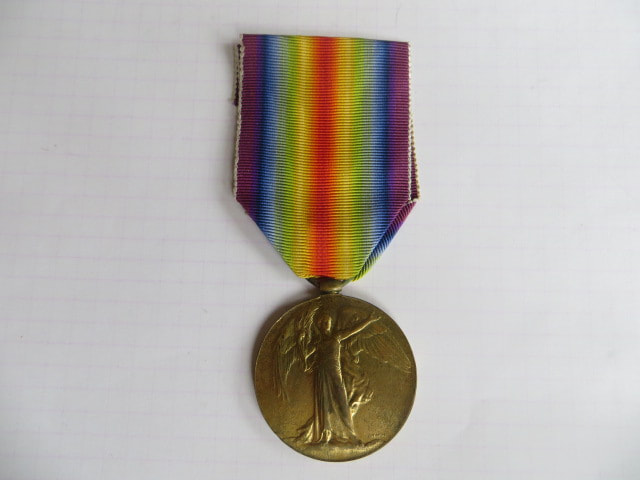 John's details are correctly impressed to the rim of his medal.

He was a driver for J Smith, Vincent Street, Auckland. He lists this as his address, and Mr Smith as a friend and next of kin.

He started his service on the 6th of March 1917, and was part of E Company, 26th Infantry Reinforcements, but looks to have been a stowaway on the troop ship which carried the 25th Reinforcements and transferred to E Company of that draft.

He went on to serve 1 year and 164 days oversea's in the UK, France and the Western Front with the 2nd Battalion of the Auckland Infantry Regiment.

Army life did NOT agree with John, and his record contains a long, and interesting list of infractions. He was also married, but states his wife as deceased and had 3 children at time of his enlistment.

His Victory medal is in good condition, with what appears to be a original length of ribbon attached. This is NOT his only entitlement, he was also awarded a British War Medal. I do not know know the where-abouts of this medal is.

His WW1 service file is here: