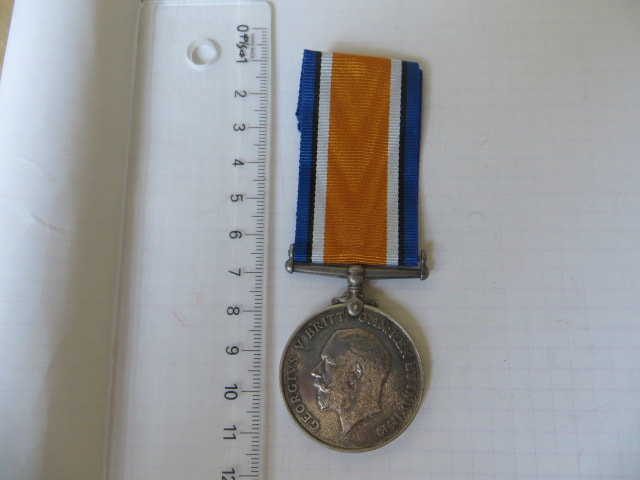 Johnney's details are correctly impressed to the rim of his medal.

He was a Ploughman before enlisting, for a Mr Harding, of Raukawa, Hastings. He lists his brother as next of kin, also giving his and his own address of Hastings. Johnney was born in County Derry, Ireland.

He joined on the 26th of July 1917, as part of E Coy, 31st Infantry Reinforcements and was to spend 236 days oversea's in the UK assigned to the 4th Reserve Battalion of the Wellington Infantry Regiment. Due to re-occurring Bronchitis, he was admitted to Hospital at Codford.

He was returned to New Zealand in May 1918, and classed as no longer fit for active duty.

This is Johnney's full WW1 entitlement. He passed away in August 1964.

Medal is in good condition, with a uncleaned tone. Length of replacement ribbon attached.