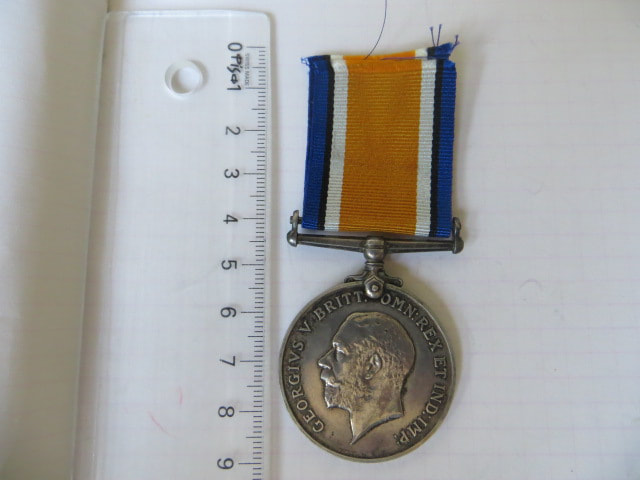 Harold was a French Polisher, prior to his enlistment for a E. Drinkwater. He lists a Queens Ave, Mt Eden address, with his next of kin, his Mother, at the same address. He was born in Auckland, New Zealand.

He started his service on the 2nd of May 1918, initially with D Coy, 40th Infantry Reinforcements, but was transferred to H Coy, 41st Reio draft. He left NZ on the 12th of July and arrived in Sling, in the UK on the 5th of Oct 1918, where he was to spend most of his 1 year and 13 days, oversea's. He was attached to the 4th Reserve Batt, of the Auckland Infantry Regiment.

This is Harold's full entitlement, and he returned to NZ in June 1919.

His service file is here, with his medal in good, but uncleaned condition. It comes with a short length of replacement ribbon.