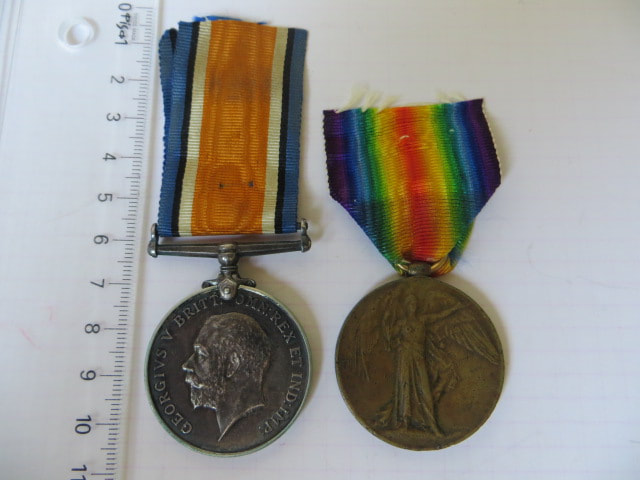 Julius was a farmer at Te Kuiti, in King Country, North Island, NZ. He lists his father as his next of kin, who lived in Dannevirke, Hawkes Bay, NZ. Juilus was born in Norsewood (small rural town in the Tararua District, part of the Manawatu-Wanganui Region of New Zealand's North Island).

He started his service on the 9th of Feb 1916 as part of the 13th Reinforcements for the New Zealand Army Service Corps, and went on to spend 2 years and 19 days oversea's in France and the Western Front (1917-1918) and the UK. He was attached to No. 1 Coy, N.Z.A.S.C and also attached to the NZ Field Artillery.

Julius was struck off strength in early 1918 due to Influenza and was sent back to NZ and discharged in June 1918.

Both is medals are in uncleaned condition, with tone to his BWM and some damage to his Victory medal.

This is his full entitlement.