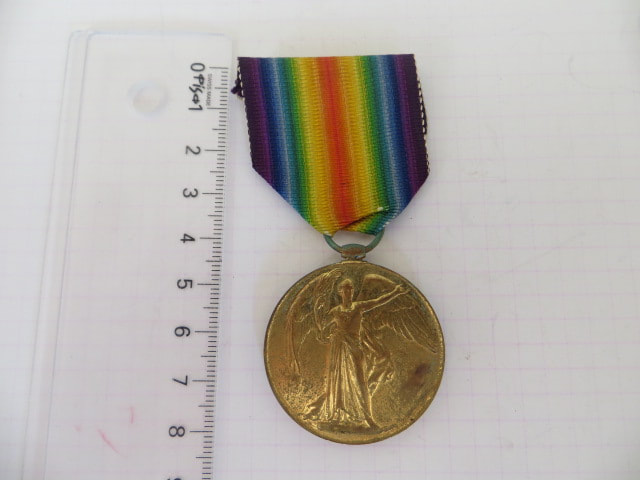 One or two infractions with the Army, as a Reinforcement and in the N.Z.F.A in France. Angelo also caught a Venereal disease in Feb 1918, which would see him briefly hosiptialised in France.

Angelo was discharged from the Army in August 1919, in New Zealand, at the termination of hostilities.

He was entitled to both a British War Medal and this Victory Medal. Sadly I do not know the where-a-bouts of the BWM. His Victory medal is in uncleaned condition, with traces of old polish to its surface. It comes with a small length of original ribbon.