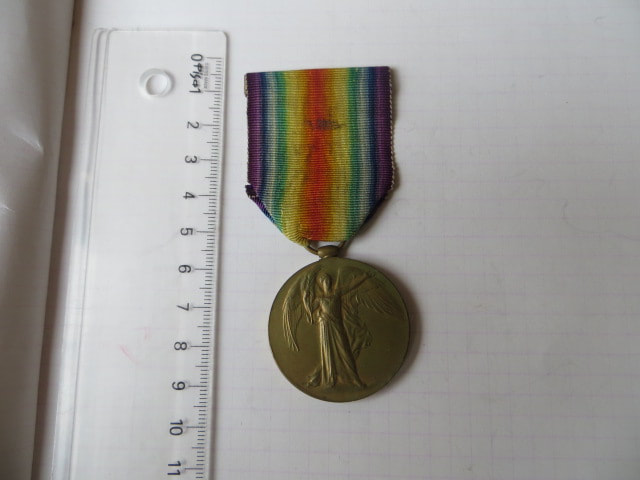 Albert was a labourer, prior to WW1 for a farmer, a G. G. Oliver, and gives a address of Manui, Mangaweka (a township on State Highway 1, in the Wanganui region, in the North Island of New Zealand). He lists his Mother as next of kin, living in Palmerston North. Albert was born in Waimate, South Island, New Zealand.

He started his service on the 9th of Feb 1917, with B Coy, 28th Infantry Reinforcements, and goes on to spend 2 years and 70 days overseas with the 1st Battalion, Wellington Infantry Regiment.

Albert passed away on 9th of May 1960 and is buried in Waimate Old Cemetery.

It is noted that he was one of 4 brothers who served in WW1. His brother Alec John ROBINSON was killed in action in 1917, while his brothers Charles Nicholas and Lawrence survived like Albert.

Albert was entitled to a British War medal, along with this Victory Medal. I do not know there where-a-bouts of his BWM.

His Victory medal is in good, clean condition, with a length of original ribbon attached, which is slightly grubby.