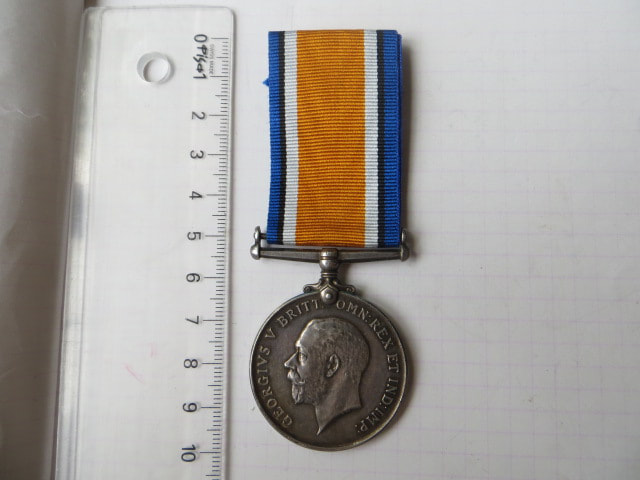 James was a Saddler, prior to his WW1 service with a Mason Struthers of Christchurch. He listed a Perveral St address as where he lived in Christchurch, while his Wife, his next of kin, was listed in North East Belt, Ashburton. James was born in Scotland.

James disembarked at Suez, and was to spend 2 months at the Australian Camp there. He then embarked again at Alexandria for the UK on the 4th of July 1918.

He arrived at Brockton Camp in the UK and joined the Reserve Battalion of the New Zealand Rifle Brigade on the 18th of July 1918.

He spent the remainder of the War and early 1919 in the UK.

In July 1919, he went AWOL from Codford Cap and was punished with forfeit of Pay.

This is James' sole entitlement. His BWM is in good condition, with a length of ribbon attached.