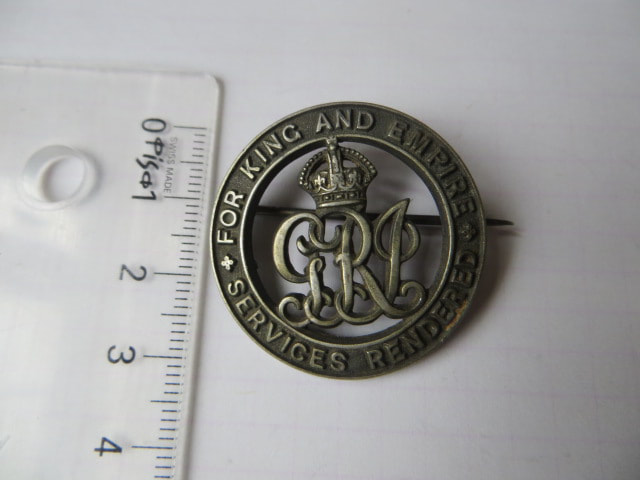 A single piece, silver (though not marked) WW1 War Badge to a New Zealander.

Marked to back "NZ637", the badge was given to returned wounded soldiers, who were allowed to wear it on the street in civilian clothes. It was to stop the white feather brigade from hassling the Soldier, and to show that he had "done his bit" for country and empire.

This is the first type, so has horizontal pin, and was replaced later by the 2nd Type (had vertical pins) as this horizontal type tended to break.

Badge is in good condition, with light wear to front.

To back, the broach fitting is in good order, with pin, hinge and hook all present.

Hopefully, one day the roll will appear/be found.