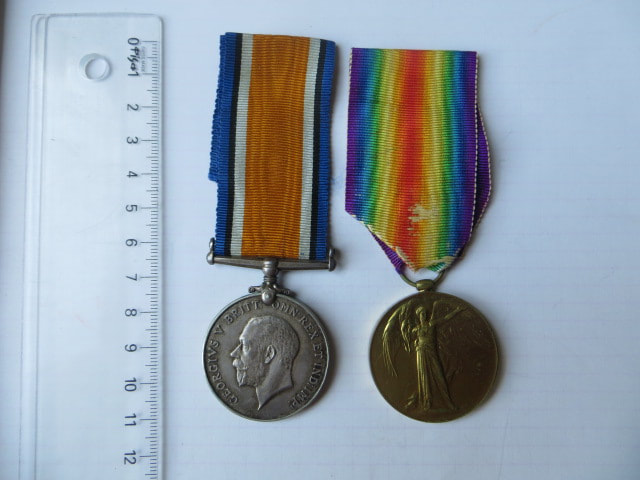 George was a Carter, prior to WW1 for a Mr W. Buchanan. He lists a Newton Rd, Auckland address, while his next of kin, his Father, lived at Cobden St, Newton, Auckland. George was born in Auckland New Zealand.

He started his service on the 23rd of Oct 1917, though had tried before in April 1916, but found to be unfit. He started initially with E Coy, C1. This meant, though physically fit to join the Army, he was not up to standard (George had a small chest width). A solider was put into a special camp where the were fed and brought up to a specific level of physical fitness. George was transferred to F Coy 35th on the 4th of Dec 1917. He then transferred to D Coy, 36th Infantry Reinforcements on the 21st of Jan 1918.

George left NZ on the 24th of April 1918, and was to spend 1 year and 197 days oversea's with the 1st Battalion, Auckland Regiment.

He arrived in Sling Camp in the UK on the 26th of June 1918, and was assigned to the Reserve Battalion of the Auckland Infantry Regiment.

He was transferred to Larkhill Camp and attached to Headquarters on the 3rd of Sept 1918.

While in camp, he was awarded 8 hours detention for neglect of duty while a sentry.

He left for France on the 18th of Sept and joined the Auckland Infantry Regiment in the field on the 23rd of Sept 1918.

Sadly George was wounded in action on the 1st of Oct 1918 with a gunshot wound to the face (high explosive fragment to the right eye socket). He was evacuated out to the 20th General Hospital at Camiers in France.

On the 4th of Oct, he was evacuated back to the UK and to the NZ General Hospital at Hornchurch.

He returned back to New Zealand on the 25th of Jan 1919, and was discharged as no longer fit due to wounds received in action on the 7th of May 1919.

George passed away in Whangarei on the 7th of Feb 1969.

This is George's full entitlement, and both medals are in good condition, with light wear and a original length of ribbon, which are a little worn.