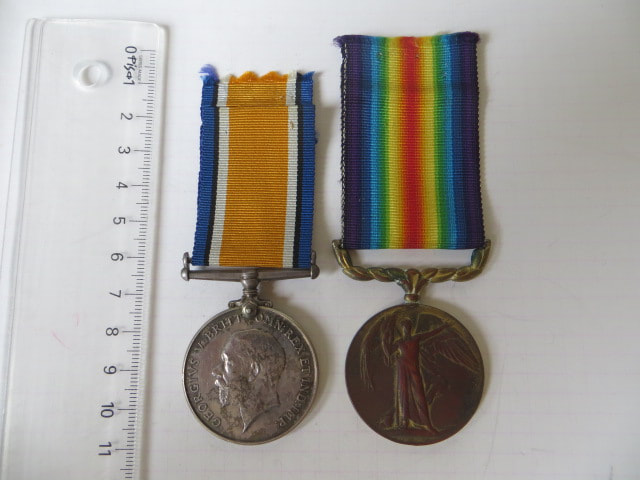 Harry was a Tram Conductor for Dunedin City Corporation prior to his service in WW1. He lists a Clyde St, Dunedin address and his next of kin is his wife. Harry was born in London, England.

He started his service on the 21st of Sept 1916 with D Coy, 21st Infantry Reinforcements and then proceeded oversea's to march into Sling Camp on the 27th of March 1917 in the UK.

He marched into Codford on the 2nd of May 1917 as A Coy, Otago Infantry Regiment.

Harry proceeded overseas to France on the 28th of May 1917 and joined the 3rd Battalion of the Otago Infantry Regiment in the field.

He was hospitalised in France due to Scabies from the 9th of Sept and returns to NZ base Depo at Etaples on the 23rd of Nov 1917.

Harry is then assigned to No.1 Divisional Employment Company (the two employment companies were created in 1917, to carried out labouring work behind the lines on the Western Front. No.1 Div Employ. Coy was attached to the New Zealand Division headquarters. (No. 2 to the 2nd ANZAC Divisional Headquarters), and provided light work for soldiers in poor physical health.

He returns to his unit in France, but is hospitalised on the 30th of Sept 1918, with a sprained ankle.

He is eventually returned to New Zealand in Jan 1919 and discharged from the NZ Army on the 16th of April 1919 due to illness (Shell Concussion).

The two medals are Harry's full entitlement. Both are in good condition, but note the Victory Medal has had its suspender replaced. Both have a length of ribbon attached.

and duplicate file is here (much to do with a appendicitis Harry had post his discharge and which he asked the NZ Army to pay for. They refused):