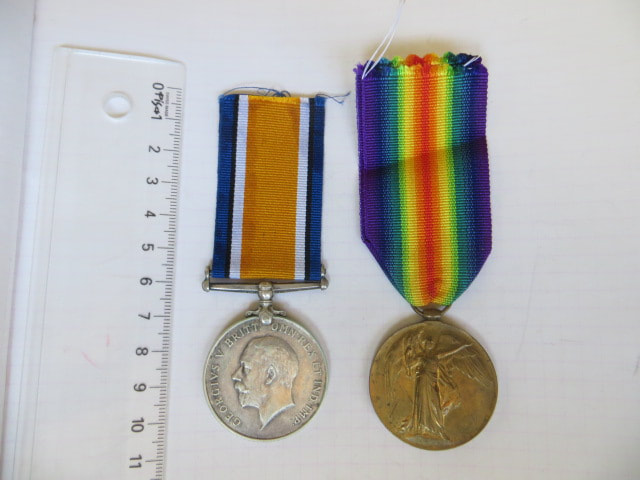 Sadly he failed to re-embark on his troopship at Capetown on the 24th of Feb 1917, and missed his transport. Albert then continued with the 22nd Reinforcements a month later on the 25th of March 1917.

Albert arrived at Devonport on the 26th of April and marched into Sling Camp and joined the 4th Reserve Battalion of the Canterbury Infantry Regiment.

On the 14th of Jan 1918, Albert was attached to the NZ Divisional Headquarters.

On the 15th of June 1918 he was evacuated out, sick, with Mumps to Casualty Clearing Station No.21.

Rejoined NZ Divisional Headquarters on the 14th of July 1918.

Discharged the 27th of May 1919 due to termination of hostilities.

Both Albert's medals are in good condition, with lengths of ribbon attached. This is his full entitlement.

His WW1 Service file can be read online here: