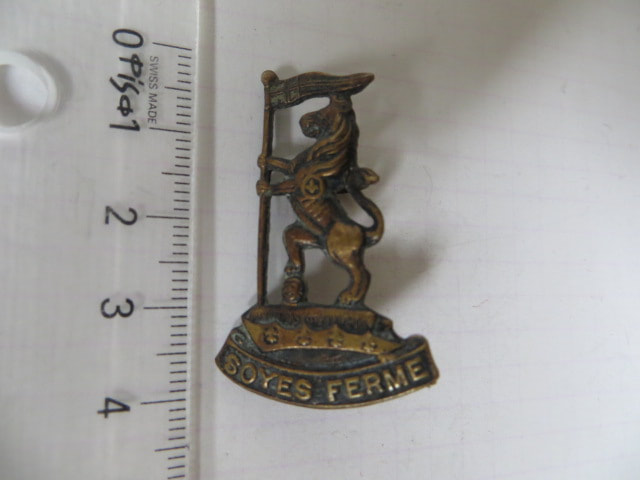 A single piece, darkened brass cap or collar badge (worn as either) to the New Zealand Rifle Brigade.

Formed during WW1 as initially the "Threntham" Regiment, they went onto fight in France and the Western Front until hostilities ceased. Disbanded in 1919.

The badge was re-issued in WW2 to Home Guard units, though I would say that this a WW1 vintage issue.

Light wear to detail to front, with some polishing to darkened finish.

To back are two round copper looped lugs, firm and original.