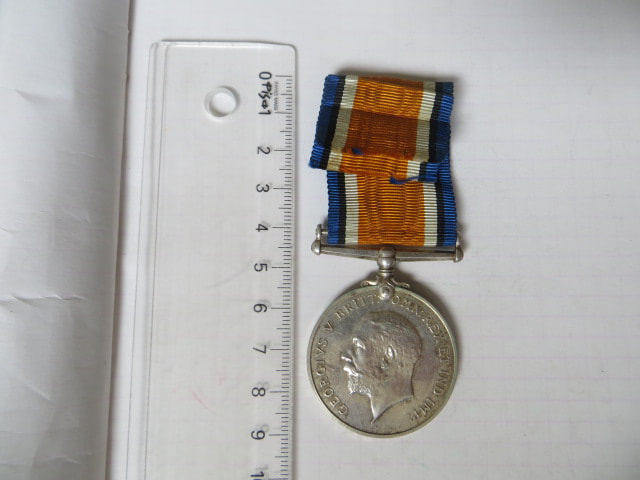 He started his service on the 14th of Feb 1918 as part of E Coy, but was classed as C1 - near fit for training. Once the Army had got him up to standard, he was transferred to D Coy, 40th Infantry Reinforcements on the 21st of April 1918.

William embarked at Wellington on the 10th of July 1918 and endured what some have described as "The Ship of Death".

It was the first exposure to the influenza strain on New Zealanders. The Tahiti became exposed to the flu when it called in at Sierra Leone. The first soldiers suffering from Spanish influenza began reporting to the hospital on Tahiti on 26 August, the day that she left Freetown. By the time she arrived at Devonport on 10 September, 68 men had died and a further nine died afterwards, an overall mortality rate of 68.9 persons per 1,000 population.

It is estimated that more than 1,000 of those on board had been infected with the disease.

A later inquiry found that mortality was worst in those over 40 years and that those over 25 had a higher mortality than those under 25.

Mortality was also higher in those sleeping in bunk beds rather than in hammocks.

The conclusion of the inquiry was that overcrowding and poor ventilation had contributed to the exceptionally high infection rate and death toll. It was one of the worst outbreaks worldwide for the 1918/19 pandemic in terms of both morbidity and mortality.

When William arrived in England, he was immediately admitted to No. 3 NZ General Hospital Codford on the 11th of Sept 1918.

Discharged from Hospital to Sling on the 4th of Nov 1918.

Admitted to No.3 General Hospital Codford on the 21st of April 1919 with Mumps.

Discharged 5th of Aug 1919 as no longer fit on account of illness contracted (Influenza) while on active service.

William passed away on the 21st of Jan 1953 in Papapkura.

This BWM is William's sole entitlement, and is in good, uncleaned condition, with a length of ribbon attached. William's RSA (Returned Soldiers Association) badge has been pinned to the ribbon. Its the small, pre WW2 silver type, with his service number correctly stamped to back. It also has a small 1952, green colors date tab to the top, to indicate that William paid his subscription fee's for that year, and corresponds with the fact that he passed away early the following year.