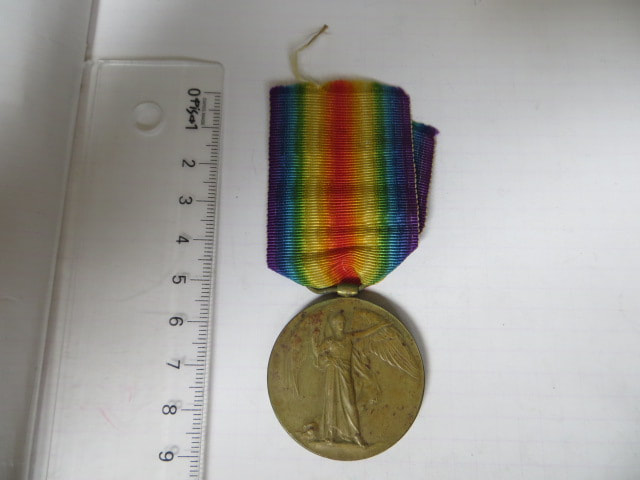 John was a laborer, prior to WW1, and as his service file is NOT on-line I only have his Auckland Cenotaph entry to go from, so details are thin.

He lists his sister as next of kin, from Kinsale, County Cork, Ireland.

He started his service in early 1916, as part of C Coy, 10th Infantry Reinforcements.

John embarked for overseas on the 4th of March 1916.

He arrived in Egypt on the 8th of April 1916, so would have probably gone directly to France as part of the formation of the NZ and ANZAC divisions taking place at the time (this was after the withdraw from Gallipoli).

He joined his unit, the 2nd Battalion of the Canterbury Infantry Regiment as they left for France.

Sadly John died of wounds received on the Somme on the 20th of September 1916.

He is buried at Heilly Station Cemetery, Mericourt-l'Abbe, Somme, France.

I imagine (as there is no service record to consult) that John would have been entitled to a British War Medal, Death plaque and scroll to go with the Victory Medal. His Victory is in good, uncleaned condition, with length of original ribbon attached.

John is remembered here, on the Auckland Cenotaph: