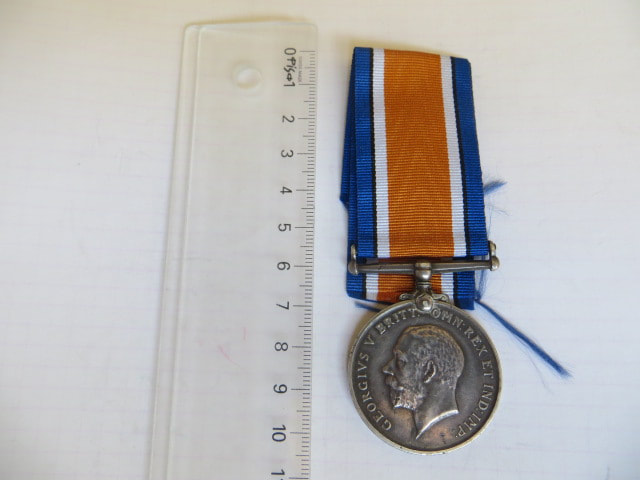 George was a Sawyer for a C. E. Otley of Christchurch prior to his service in WW1. He lists his and his next of kins address (his Mother) as Ruskin St, Addington, Christchurch. George was born in Christchurch, New Zealand.

George left Wellington, NZ on the 1st of August 1918. It is noted on his record that he was fined for being "deficient in kit" while on-board his troopship, he was missing a work shirt.

He disembarked at London on the 4th of October 1918.

Marched into Brockton Camp, and assigned to the Reserve Regiment of the New Zealand Rifle Brigade.

Re-embarked at Liverpool for New Zealand on the 2nd of July 1918.

Discharged on the 17th of Sept 1919 on the termination of hostilities from the New Zealand Army.

George passed away in Ashburton, Canterbury, NZ on the 31st of Jan 1959.

This is George's sole entitlement, and his BWM is in good (note some damage/knocks to rim), uncleaned condition with a length of ribbon attached.

His full WW1 service file can be found here: