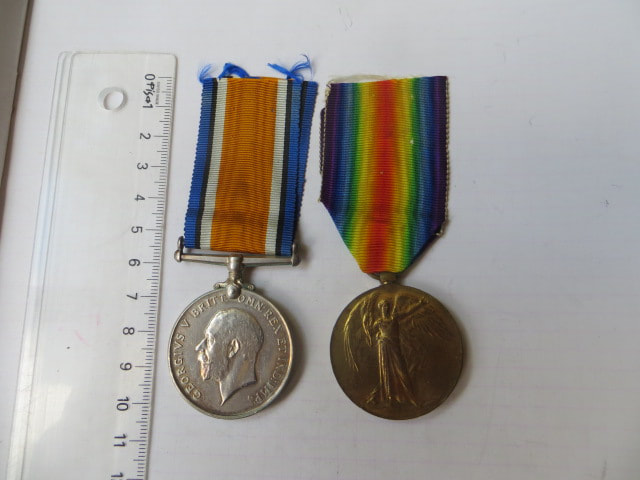 Albert was a Upholsterer prior to his service in WW1 for a A. J. White of Christchurch. He lists his and his next of kin (his Mother) address at Gerald St, Addington, Christchurch. Albert was born in Christchurch New Zealand.

He started his service on the 10th of Jan 1917, initially with C Coy, 25th Infantry Reinfocements, but then transferred on the 13th of Jan 1917 to 26th Specialist Reinforcement, Machine Gun Section.

Forfeit two days pay for overstaying leave at Featherston Camp on the 25th of May 1917.

Embarked at Wellington for overseas service on the 9th of June 1917.

Marched into Sling Camp the same day and Assigned to the Reserve Regiment of the Wellington Infantry Regiment.

Admitted to No. 3 NZ General Hospital Codford for Scabies on the 26th of Sept 1917.

Discharged from Hospital to unit on the 27th of Sept 1919.

Marched out of reserve group at Sling on the 3rd of Oct 1917.

Marched into NZ General Depo Etaples on the 15th of Oct 1917.

Joined his unit the 2nd Battalion, Wellington Infantry Regiment in the field on the 27th of Oct 1917.

Appointed Lance Corporal on the 6th of Oct 1918.

Marched in to Sutton Coldfield (outside Birmingham) Camp on 24th of Feb 1919.

Embarked for New Zealand at Liverpool on the 17th of May 1919.

Discharged from the NZ Army at end of hostilities on the 21st of July 1919.

Albert passed away on the 5th of May 1983 at Christchurch.

His record also states that he served in the Territorial Force, in the 1st (Canterbury) Infantry Regiment prior to WW1.

This is Albert's full entitlement, and both medals are in good condition with lengths of ribbon attached.

His WW1 service file can be viewed here, on-line.