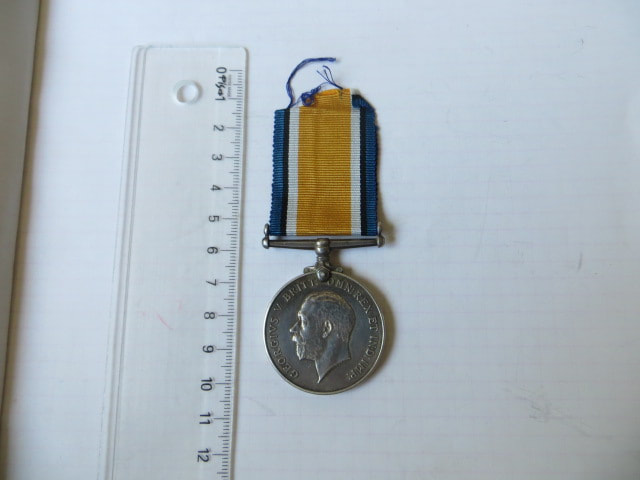 Charles was a Buttermaker prior to his service during WW1, at Heretaunga Butter Factory, Heretaunga (a suburb of the city of Upper Hutt, located in the lower North Island of New Zealand). He lists his next of kin, his Mother, at Waimataitai, Timaru. Charles was born in Timaru, New Zealand.

Transferred to Featherston Detail on the 26th of Jan 1917.

Transferred to Trentham Detail on the 26th of Jan 1917.

Embarked at Wellington on the 12th of Feb 1917 for overseas service.

Disembarked at Plymouth, England on the 2nd of May 1917.

Attached to NZ General Depo Etaples on the 8th of June 1917.

Joined the 1st Battalion of the Otago Infantry Regiment in the field and posted to 14th Coy on the 25th of June 1916.

Sadly Charles was wounded in action on the 20th of July 1917 with a gun shot wound to the chest (which was later described as High Explosive (H.E.) shell fragments entering back and right side - looks to have broken ribs, with one having to be partly removed. Bleeding in the lungs, resulting in a collapse of right one. Wound also became infected).

Admitted to No. 3 NZ Field Ambulance on the same day.

Admitted to No. 2 Australian Casualty Clearance Station on the 21st of July 1917.

Reported dangerously ill on the 6th of Aug 1917.

Admitted to No. 1 NZ General Hospital Brokenhurst on the 19th of Sept 1917.

Classified as unfit by Army Medical board and placed on NZ roll on the 5th of Oct 1917.

Discharged from the NZ Army on the 24th of March 1918 on account of no longer being physically fit due to wounds received on active service.

Charles then received treatment at Timaru Hospital for his wounds.

Its stated on his records that he served in the 9th (Hawke’s Bay) Infantry Regiment, probably in the Territorial Force, prior to his WW1 enlistment.

Charles passed away on the 30th of July 1964 due to his war injuries as per Army Board findings.

His full entitlement would have been a Victory Medal to go with the BWM, both issued in 1922.

I do not know the where-a-bouts of his other medal.

His BWM is in good condition, with short length of ribbon attached.