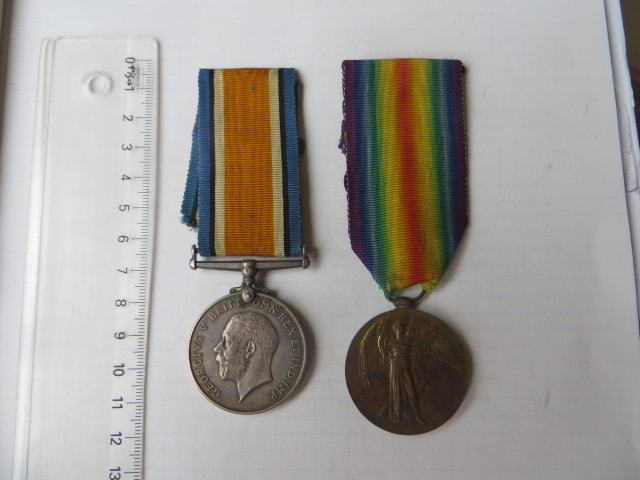 William was a painter for a W Sey, in Christchurch NZ prior to WW1. He lists a address in Addington, Christchurch and lists his Mother as next of kin at the same address. William was born in Wellington New Zealand.

He started his service on the 30th of Dec 1915, as part of 10th Reinforcements Draft.

Embarked for France on the 10th of May 1916 from Alexandria.

Marched into NZ General Base Depo Etaples on the 21st of May 1915.

Attached to No. 2 Field Ambulance at Armentières.

Admitted to No.2 Field Ambulance due to Bronchial infection on the 29th of June 1916.

Attached to the 2nd Battalion, Otago Infantry Regiment in the field as a Medic on the 21st of Jan 1917.

Attached to the 1st Battalion, Otago Infantry Regiment in the field as a Medic on the 7th of Nov 1917.

Awarded 7 days Field Punishment No. 2 for "failure to be in procession of a box respirator" on the 30th of Dec 1917.

Re-attached to the 1st Battalion, Otago Infantry Regiment in the field as a Medic on the 1st of March 1918.

Transferred to the 1st Battalion, Otago Infantry Regiment from the NZMC on the 1st of March 1918. Joined 14th Coy.

Admitted to No. 51 General Hospital on the 8th of Oct 1918 at Etaples (I think Venereal Disease)

Embarked for New Zealand on the 27th of March 1919 from Liverpool.

Discharged from the New Zealand Army on the 6th of June 1919 at the end of hostilities.

William has indicated on his enlistment papers that he was also a member of the Christchurch Infantry Volunteers prior to WW1.

William passed away in Christchurch on the 12th of Jan 1970.

This is Williams full entitlement and both medal are in good, uncleaned condition with full lengths of original ribbon attached.