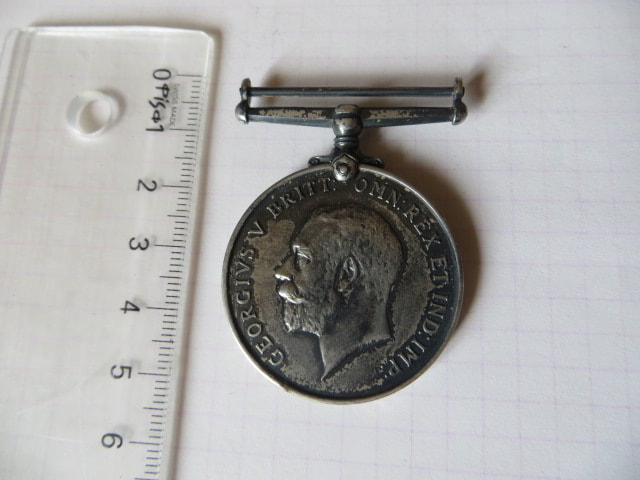 Joseph was a Gardner prior to WW1 for a J. B. Groom. He lists his address as Rahotu (a community in the west of Taranaki, in the North Island of New Zealand). He lists his Father, as next of kin, who is also at Rahotu, Taranaki. Joseph was born in Hull, England.

He started his service on the 27th of May 1916, as part of B Coy, 17th Infantry Reinforcements.

Joseph left New Zealand at Wellington on the 23rd of Sept 1916 and proceeded overseas.

Marched into Sling Camp on the same day and attached to the Reserve Battalion of the Wellington Regiment at Camp.

Proceeded overseas for France on the 9th of Dec 1916.

Attached to NZ General Base Depo Etaples on the 12th of Dec 1916.

Joined the 2nd Battalion of the Auckland Infantry Regiment in the field on the 5th of Jan 1917.

Admitted to No. 1 NZ Field Ambulance on the same day.

Transferred to Divisional Reserve on the 25th of Feb 1917.

Admitted to British 2/3 Wessex Field Ambulance on the same day.

Admitted to No.2 Australian General Hospital Bologne on the 9th of March 1917.

Its noted in his records that the Hospital states that his injury is trivial, and that the soldier claimed that he was injured while on duty.

Admitted to No.2 NZ General Hospital Waltham-on-Thames on the same day.

Transferred to NZ Convalescence Hospital Hornchurch on the 24th of March 1917.

Transferred to NZ Convalescence Depo on the 3rd of April 1917 at Codford.

Attached on Strength to Codford 31st of March 1917.

Attached to 5th Reserve Infantry Brigade at Sling Camp on the 19th of Jan 1918.

Appointed Lance Corporal on the 23rd of March 1918 while attending School of Instruction (Gas).

Relinquished rank of Lance Corporal on the 4th of June 1918.

Marched into NZ General Depo Etaples on the 10th of May 1918.

Rejoined the 2nd Battalion, Auckland Infantry Regiment in the field on the 31st of Aug 1918.

Sadly Joseph was killed in action, the next day, the 1st of Sept 1918, aged 24, at Havrincourt, France. He is buried at Bancourt British Cemetery, Pas-de-Calais, France.

Joseph's BWM is in good, uncleaned condition, but has no ribbon. He was also awarded a Victory Medal, Death plaque and scroll. I do not know the where-a-bouts of his other items.

His service file can be viewed on-line here: