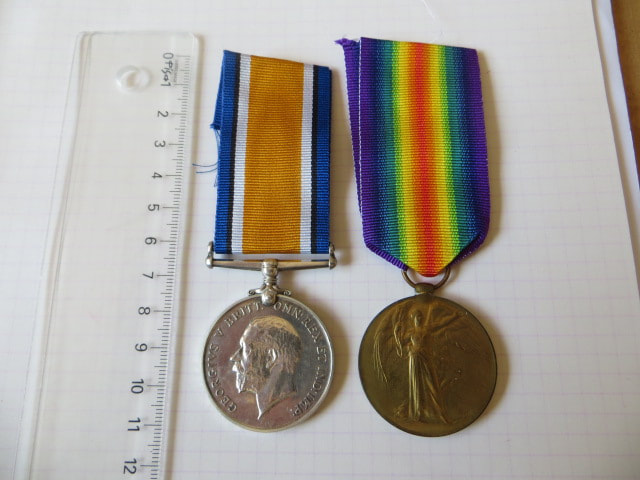 Hugh was a Milk Vendor, working for himself in Petone (a large suburb of Lower Hutt in the Wellington Region of New Zealand's North Island). He lists his wife as next of kin, also living in Petone. Hugh was born in Westwood, Rockhampton, Queensland, Australia.

He started his service on the 4th of May 1917 as part of the G Coy, 28th NZ Rifle Brigade Reinforcements.

Transferred to the 30th NZ Mounted Rifle Reinforcements on the 18th of May 1917.

Embarked at Wellington for overseas service on the 13th of Nov 1917.

Marched into Moascar Camp same day and posted to the Training Regiment of the New Zealand Mounted Rifles.

Posted to the Wellington Mounted Rifles Squadron on the 13th of Jan 1918.

Detached to Rest Station Jerusalem on the 14th of Sept 1918.

Admitted to Hospital Jerusalem on the 2nd of Oct 1918.

Admitted from Casualty Clearance Station at Kautara on the 5th of Oct 1918.

Discharged from Hospital to Aotea Convalescence Home 15th of Oct 1918.

In Aotea Convalescence Home Hospital on the 20th of Oct 1918.

Transferred to NZ Convalescence Camp Ismailia on the 24th of Oct 1918.

Transferred to unit Wellington Mounted Rifles in the field on the 3rd of Nov 1918.

Sick to Hospital on the 15th of Feb 1919 - at Kautara and the 24th Static Hospital with infection to Middle Ear.

To 24th Static Hospital on the 1st of March 1919 with a abscess to the groin.

His medals are in good condition, with lengths of replacement ribbon attached.

This is his full entitlement.