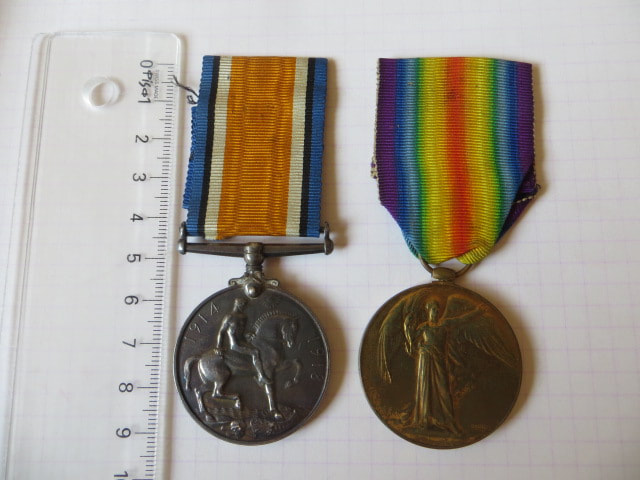 John was a Chef, working for the Waimate Hotel City prior to WW1. His next of kin, was his wife who lived at York St, Newton, Auckland. John was born in London, England.

He started his service on the 25th of Aug, 1916 as part of A Coy, 20th Infantry Reinforcements.

John embarked on the 7th of Dec 1916 at Wellington.

He disembarked at Davenport, England on the 18th of Feb 1917.

Marched into Sling Camp on the same day and joined the reserve regiment of the Auckland Infantry Regiment.

Appointed Cook on the 1st of May for the Regiment.

Relinquished appointment of Cook on the 23rd of July 1917.

Arrived at New Zealand General Base Depo Estaples on the 27th of July 1917.

Joined the 2nd Battalion, Auckland Infantry Regiment in the field on the 15th of Aug 1917.

Attached to Working Party in the field on the 29th of Sept 1917.

Detached from Working Party and rejoined battalion on the 24th of Oct 1917.

Attached to School of Instruction on the 6th of July 1918 in the field.

Rejoined the 2nd Battalion, Auckland Infantry Regiment on the 30th of July 1918.

Rejoined the 2nd Battalion, Auckland Infantry Regiment on the 3rd of Oct 1918.

Embarked for New Zealand on the 28th of March 1919 from Liverpool.

John was discharged on June 7th 1919 in New Zealand due to the end of hostilities.

One day before, on the 6th of June 1919, John joined the New Zealand Military Police at Auckland. I do not know how long he then continued his home service as part of the N.Z.M.P.

This is John's full entitlement, and both medals are in good, uncleaned condition, with lengths of ribbon attached.

His WW1 service file can be viewed here, online: