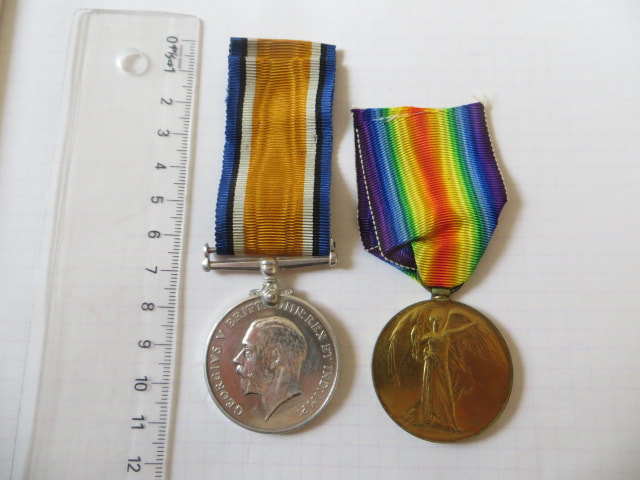 Victor was a Seaman prior to WW1, and lists a Wallis St, Wellington address as where he lived prior to enlisting. His next of kin, a friend, is also at the same address. His Mother is listed as living in West Summebville, Massachusetts, USA. Victor was born in Canada.

He started his service on the 11th of Feb 1916, but has a long and complicated service file.

Transferred on the 3rd of May 1916 to Featherston, and to the Machine Gun Section.

Appointed to 14th Machine Gun Section at Featherston on the 9th of May 1916.

Disembarked at Devonport on the 26th of July 1916.

Marched into Sling Camp on the 27th of July 1916 and joined the Reserve Battalion of the Wellington Regiment.

Absent from Camp for 4 days and caught using offensive language on the 14th of Sept 1916. Forfeit 21 days pay and given 21 days detention.

Attached to NZ General Base Depo Etaples on the 1st of Nov 1916.

Joined the 2nd ANZAC Corps, Cyclist Battalion in the field on the 11th of Nov 1916.

Detached from Lewis Gun detachment on the 11th of June 1917.

Awarded 7 days field punishment No.2 for absence from billet after 9pm contrary to orders on the 12th of Aug 1917.

Rejoined unit in the field from leave on the 5th of Oct 1917.

Admitted to No. 6 Convalescence Depo on the same day.

Discharged to NZ General Base Depo Etaples on the 7th if Jan 1918.

Awarded 21 days Field Punishment No. 2 for Absence without leave from Camp and Parades on the 17th of June 1918.

Admitted to Field Ambulance on the 23rd of July 1918 with a gun shot wound to the left leg.

Admitted to No. 50 Casualty Clearing Station on the same day.

Transferred to British General Hospital No. 9 at Rouen on the 25th of July 1918.

Admitted to No.1 NZ General Hospital Brokenhurst on the 30th of July 1918.

Discharged to NZ Command Depo Codford on the 5th of Sept 1918.

Embarked for New Zealand on the 19th of Dec 1918 from Liverpool.

Admitted to Ships Hospital due to venereal disease on the 22nd of Dec 1918.

Discharged from Ships Hospital on the 21st of Jan 1919.

Discharged from the Army in New Zealand on the 2nd of March 1919 on termination of hostilities.

In WW2, Victor enlisted again, and was part of the National Military Reserve, with a serial number of 2/18/287.

He was 51 by this stage, and a Painter, living at Collage St, Wellington.

Its unclear whether he was issued any medals for his WW2 service. There is a ? by where it should indicate what was issued.

Victor also indicates that he served 2 years with a Canadian Volunteer unit, prior to his WW1 service.

This is Victor's sole entitlement, and both medals are correctly impressed. At some stage after the War, he wrote to the NZ Ministry of Defence, claiming that he had never recieved his two WW1 medals. They wrote back, and said that he had signed for them and they had been sent to his Willis St, Wellington address. Its unclear whether he asked for another set, and whether these are the originals or replacements. They are not marked as such.

Both medals are in good condition, with length of ribbon attached.