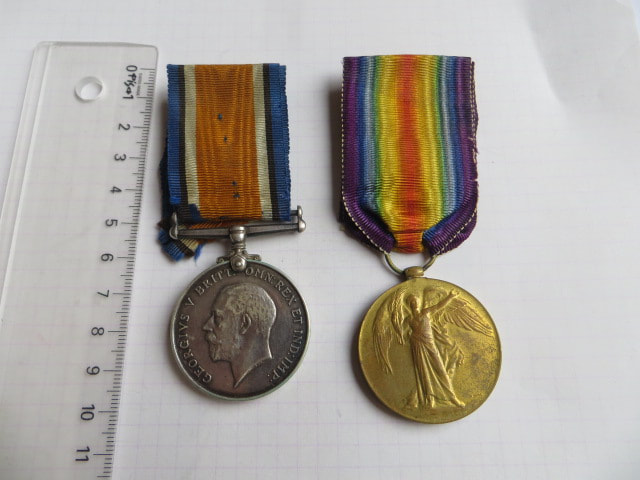 Lawrence was a driver for Lyons & Co, of Wellington prior to his WW1 service, and listed his address as Normanby St, Wellington. His next of kin, his Wife, was also at the same address. Lawrence was born in Mangaweka (North Island) New Zealand.

He started his service on the 12th of April 1917 as part of F Coy, 28th Infantry Reinforcements.

Transferred to 34th Infantry Reinforcements on the 2nd of July 1917.

Attached to Instructional Staff within NZ on the 22nd of Oct 1917.

Detached from Instructional Staff on the 30th of Jan 1918.

Allocated to C Coy 38th Infantry Reinforcements on the 3rd of Feb 1918.

Appointed Temp Sergeant on the 23rd of March 1918.

Transferred to D Coy, 39th Infantry Reinforcements on the 23rd of April 1918 with the rank of Sergeant.

Transferred back to D Coy, 38th Infantry Reinforcements on the 27th of April 1918.

On the 5th of June 1918, Lawrence embarked for overseas service from Wellington Harbour.

Assigned to the 3rd Reserve Battalion of the Wellington Regiment at Sling Camp in the UK on the 1st of Aug 1918 as Temporary Sergeant.

Passed NCO's course and promoted to Corporal on the 14th of Sept 1918.

Proceeded overseas on the 10th of Oct 1918 for France.

Joined the 1st Battalion, Wellington Infantry Regiment in the field on the 17th of Oct 1918 and attached to 17th Coy.

Reverted to Private as own request in the field on the 19th of Oct 1918.

Admitted to No.2 NZ Field Ambulance on the 25th of Nov 1918 with Pleurisy.

Attached to NZ General Base Depo Etaples on the 2nd of Jan 1919.

Discharged on the 27th of May 1919 on termination of hostilities.

Lawrence also served with the Kelburn Rifles and B Coy, 5th Wellington Infantry Regiment from 15th of June 1910 to the 12th of April 1917 prior to his WW1 service.

In WW2 it appears Lawrence is a Lieutenant in the New Zealand Staff Corps, located at Narrow Neck and acting as Accounting Officer for the 38th Battery of the NZ Artillery. There is a letter in his service file dated 7th of April 1941. It indicates that he is about to be transferred to be a Liaison Officer between the Army and Royal NZ Air Force at Whenuapai Air Force Base, so they need a replacement for him.

Both Lawrence's medals are in good condition, with a length of original ribbon attached. He would also have been entitled to a British War and New Zealand Service Medal for WW2, though these would have been unamed as issued, and did not come with his WW1 pair.

Attached to the back of Lawrence's BWM is a Manchester Unity of Oddfellows badge (M.U.O.F). I cannot confirm whether Lawrence was a member. The badge came with the medals attached.