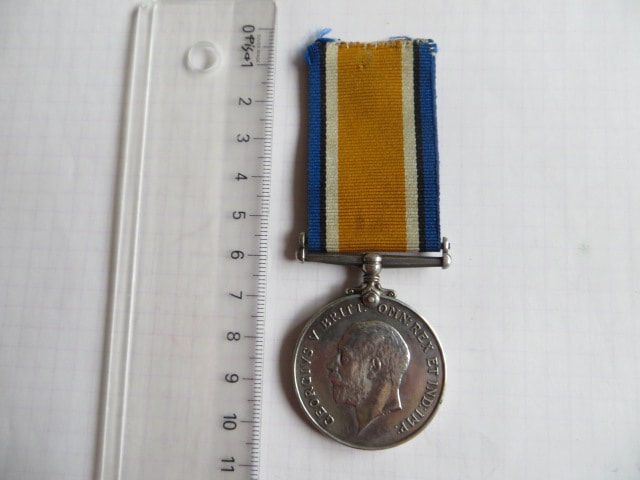 D'Arcy was a plumber prior to WW1, working for a J Winlove of Waipukurau ( its the largest town in the Central Hawke's Bay District on the east coast of the North Island of NZ). He lists his address of Waipukurau, while his next of kin, his Father, is in Havelock North. D'Arcy was born in Hastings, New Zealand.

He started his service on the 24th of July 1916, as part of J Coy, 19th Infantry Reinforcements.

Wounded in Action (advance on Gravenstafel), on the 4th of Oct 1917.

Admitted to No. 3 NZ Field Ambulance same day with a Gun Shot wound to the right forearm (caused by High Explosive shell).

Admitted to No. 2 NZ General Hospital Walton-on-Thames on the 8th of Oct 1917.

Transferred to NZ Convalescence Hospital at Hornchurch on the 15th of Oct 1917.

Admitted to No.3 General Hospital at Codford due to tonsillitis on the 22nd of March 1918.

Discharged to Command Depo Codford on the 22nd of June 1918.

Admitted to No.3 General Hospital Codford due to tonsillitis on the 10th of July 1918.

Transferred to NZ Convalescence Hospital at Hornchurch on the 1st of Aug 1918.

Discharged to Command Depo Codford on the 13th of Sept 1918.

Discharged on the 19th of April 1919 on termination of engagement period.

He was also entitled to a Victory Medal to go with his BWM, but sadly I do not know the where-a-bouts of the other medal.

His BWM is in good, uncleaned condition, with length of ribbon attached and correctly impressed with his details.