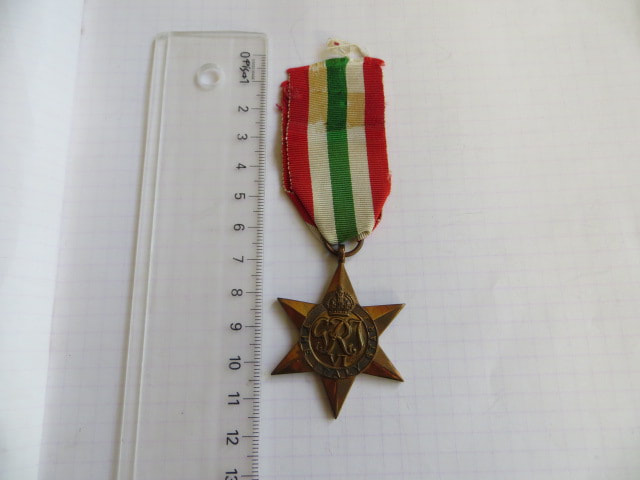 Instituted in May 1945, it was awarded to British and Commonwealth forces who served in operations during the Italian Campaign, from the capture of Pantelleria on 11 June 1943 to the end of active hostilities in Europe on 8 May 1945.

Some light wear and polishing to arms of star, while back is toned and clean.

Ribbon is original, but has a small toned area, where tape has been used to attached the medal to a display board.