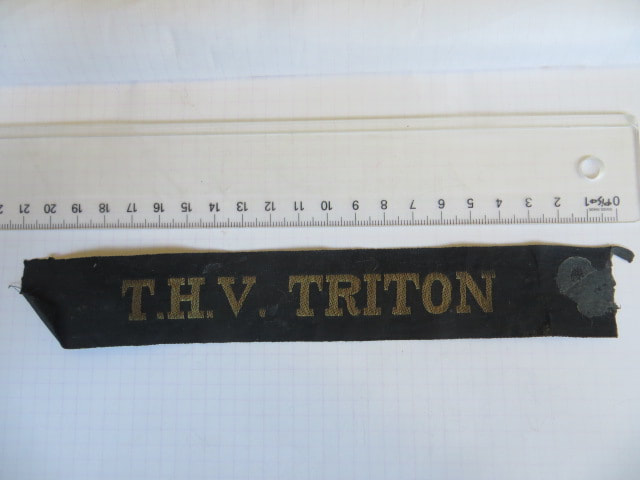 Triton was commissioned into service on the 29th of Aug 1940, as a lightvessel relief tender (towing Buoy at sea) due to the losses from the War. It was initially built as a Fishing Vessel and had a crew of 29. It was sold out of service in 1963.

Light wear to front, with some staining from glue.

To back are traces of glue and paper where it has been removed from a album.

Trinity House is Britain's Light House Authority, responsible for the upkeep of all of the navigational devices, such as Buoys and Lighthouses around the coast of Britain.