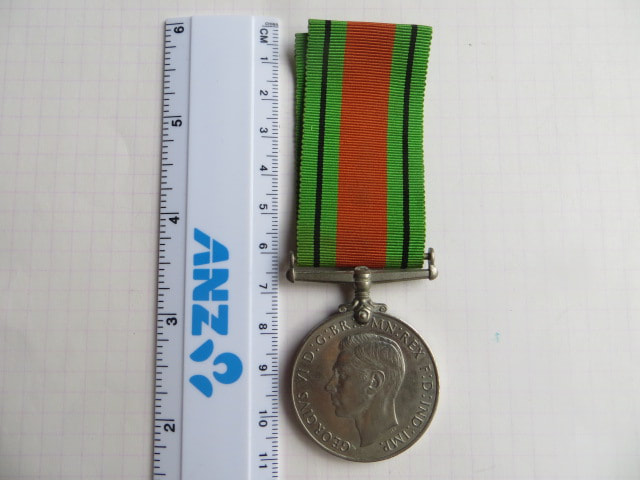 The Defence Medal was instituted by the United Kingdom in May 1945, to be awarded to British military and civilian personnel for a range of services in the United Kingdom, and to Commonwealth and British Colonial personnel who served from or outside their home countries in a non-operational area or in an area subject to threat, such as attacks from the air.

Light wear to both sides and length of ribbon attached.

Unnamed as issued to British and New Zealand Troops.