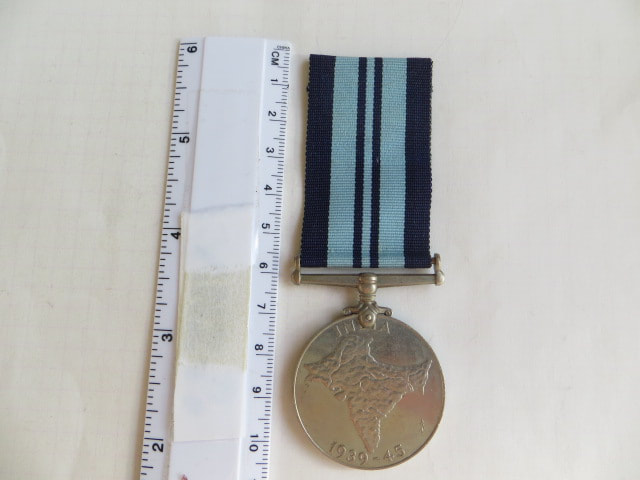 A full size, original medal awarded for service during WW2 to the Indian Forces.

This included Reserve, State and Women's forces, for at least three years of non-operational service in India between 3 September 1939 and 2 September 1945.It was issued in addition to, and worn immediately after, British campaign World War II medals, although those eligible for the Defence Medal could not receive the India Service Medal as well

Light wear to front and back.

Unnamed as issued and with a length of ribbon attached. Note there is a blob of glue to reverse of ribbon, where it looks like the medal has been attached to a display.