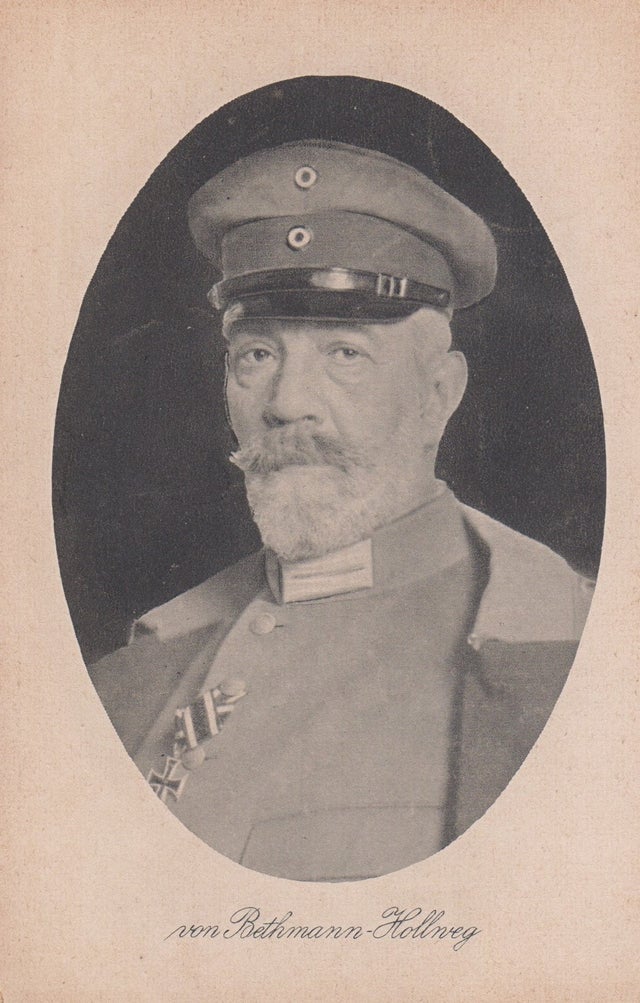 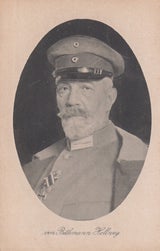 A nice clear postcard image postmarked 1916 and Feld-Post used of the Imperial German Chancellor Theobald Theodor Friedrich Alfred von Bethmann Hollweg. He was in office from 1909 to 1917. He actually was never in the army either, but held the honorary rank of General, hence the uniform.

Light wear to front, with just some scuffs to black background and slight rounding of corners.

To back, the card is well written on, and postally used, with "Feld-Post to back and a postmark of Hamburg and the 15th of May 1916. It also has a maker logo to top left of "JLSE".