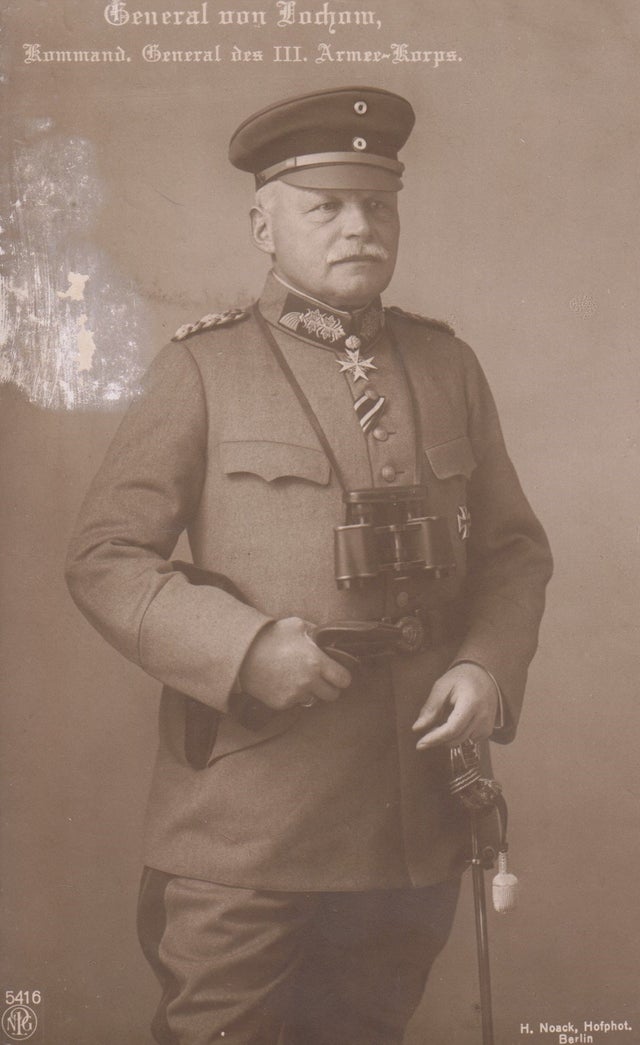 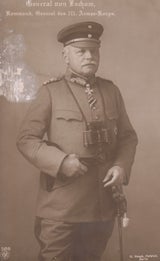 A WW1 German Postcard with a photo to front of General Ewald von Lochow - Commander of the III Army Corps from October 1912 to November 1916. He then was commander of the German 5th Army from November to December that year.

Front of card is in good, but slightly damaged condition with a large scuff to left edge.

To back, the card has been "Feldpost" used, with writing to back.

von Lochow received his Oakleaves to his Pour Le Merite on the 13th of November 1915 (and these can be seen clearly in the photo), so the photo can be dated to around November 1915 to November 1916.