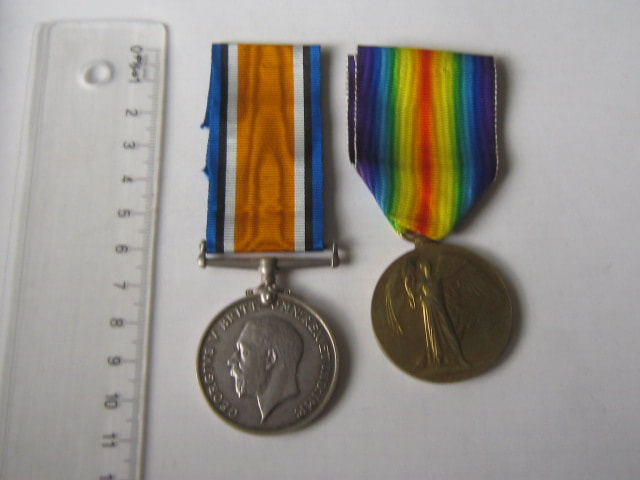 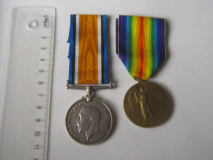 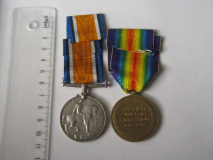 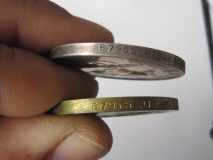 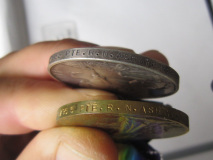 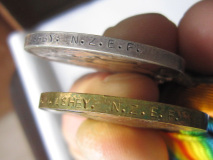 Both medals are correctly impress with Reg's details to rim.

Reg was a Lino-Type Operator for Wilson & Horton, Printers, in Auckland, and lists his wife as his next of kin in Symonds St, Auckland. Reg was born in Auckland, New Zealand.

He attempted to enlisted on the 19th of June 1917, but was rejected as medically unfit (small chest). He then tried again in October that year, and was accepted, but was classed C1 fit (Poor Physique - so 1 month in C1 Camp, starting on the 23rd of Oct 1917, as part of E Coy). He joined his draft, B Coy, 37th Infantry Reinforcement Draft on the 29th of Jan 1918.

Reg left NZ on the 20th of April 1918, and arrived in Sling (UK) on the 25th of June 1918 to joined the 3rd Reserve Battalion of the Auckland Regiment. He was to spend 352 days oversea's, including seeing service in France and the Western Front with the 2nd Battalion, of the Auckland Infantry Regiment.

Reg arrived in France on the 23rd of Sept 1918, but was sadly wounded in Action on the 30th of Sept, due to a shell fragment hitting him in his right ear. He suffered a perforated Ear Drum and hearing loss, which was said to be improving in the medical reports in his service file at the time.

Reg recovered and was eventually released from Hospital, back to Sling Camp on the 28th of Jan 1919. He embarked back to New Zealand on the 30th of March 1919. He was discharged from the NZ Army on the 23rd of May 1919. His record does also mention that he served in the Auckland Coastal Defense Force prior to enlisting in the N.Z.E.F.

This is Reg's full entitlement, and both medals are in good condition and come complete with lengths of original ribbon.

His long service file is here: