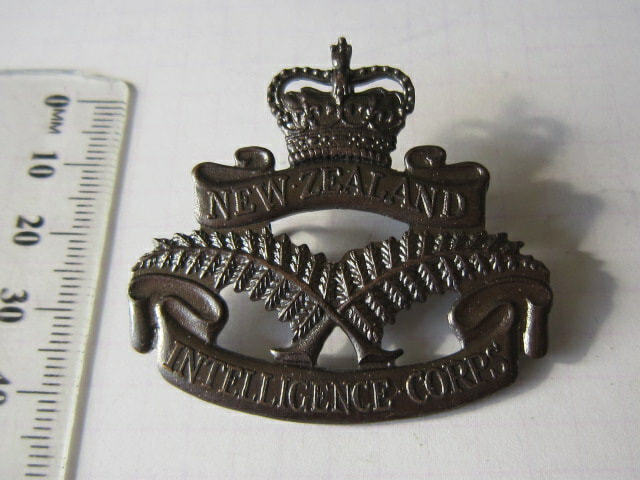 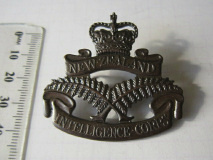 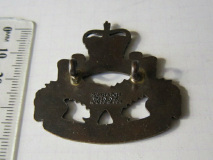 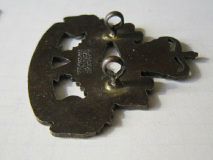 A darkened bronze cap badge to the New Zealand Intelligence Corps. Initially formed in 1942, it was disbanded in 1947 (the Kings crown version of this badge is rather rare). It formed again in 1985, and this is the current version of its cap badge.

Some light wear/surface scratches to front, with two short copper looped lugs to back.