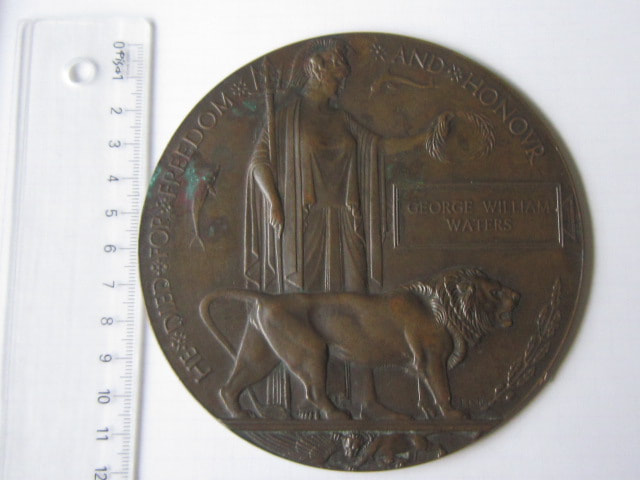 George was 35 and serving with the 1st Battalion of the Canterbury Infantry Regiment at the time of his death. He is buried at Fifteen Ravine British Cemetery, Villers-Plouich, which is 13 kilometres south-west of Cambrai in France. His Commonwealth War Graves Commission entry is here.

His name is unique in the Database for WW1 causalities.

George was a builder by trade, and lived in Hawarden, a town in Canterbury (South Island, NZ), but was born in Geraldine, South Canterbury, New Zealand. His next of kin, was his wife, who was listed at a Christchurch address in his records.

He started his service on the 5th of Jan 1917, and trained in G Coy, 24th NZ Rifle Brigade Reinforcements. He left New Zealand on the 6th of April 1917 and proceeded to the UK, and Sling Camp to join the 5th Reserve Battalion of the NZRB.

In August 1917, he proceeded to France and was assigned to the 2nd Coy of the 1st Battalion of the Canterbury Infantry Regiment.

In Novemeber 1917, his daughter was born in Christchurch, New Zealand.

His short service sheet shows that he remained with the regiment until the 7th of August 1918, when he was given leave to the UK . He returned on the 25th of August, only to be killed in action, just over a month later.

Plaque is in good, and uncleaned condition.

Note there is a slight nic in the plaque at about 5 O'clock to front, which has a sharp piece/shard sticking out.