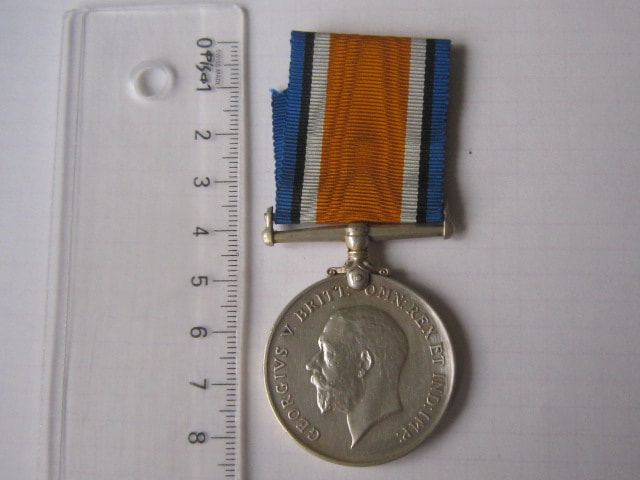 Charles' details are correctly impressed to the rim of his medal.

He was a Steward for New Zealand Union Steam Ship Company, and was based in Dunedin. He lists a friend in Balclutha, Otago as a next of kin, and also his Mother, who lives in Gravesend, Kent, England. He was born in Gravesend, Kent,England.

Charles started his service in the 9th of Aug 1917 as part of A Coy, 32nd Infantry Reinforcements. He left NZ on the 22nd of Nov 1917 and arrived at Sling Camp on the 8th of Jan 1918 in the UK and was assigned to the Reserve Battalion of the Auckland Regiment.

On the 20th of March, he left for France and joined the 1st Battalion of the Auckland Regiment in the field.

Charles remained for the duration of the war in France, unscathed.

He was briefly attached to the Anti-Gas School in July, 1918, and had a bout of flu in Dec 1918, but then rejoined his unit.

His British War Medal is in good condition, with a small piece of what looks to be replacement ribbon. His Victory medal was returned unclaimed the first time they tried to send it. His small service file is here: