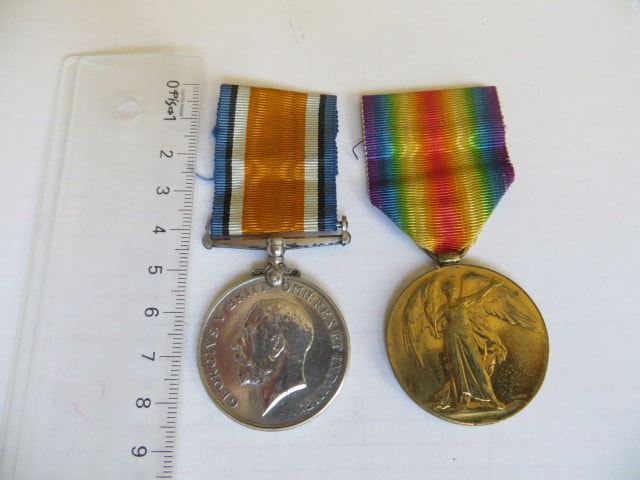 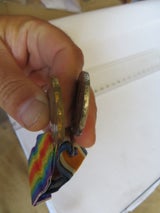 Arthur's details are correctly impressed to the rim of both his medals.

He was a Baker by profession, before his service, working for a P Leland in the New Plymouth area. He lists his wife as next of kin, also living at a New Plymouth address. Arthur was born in Oamaru, Canterbury, NZ.

He started his service on the 25th of July 1917, with G Coy, initially the 30th, and then the 31st New Zealand Rifle Brigade, and went onto spend 1 year and 284 days oversea's with the 3rd Battalion of the NZRB in France and on the Western Front.

While travelling from NZ to Brocton Camp in the UK, Arthur was appointed Baker on the Troopship Tahiti.

Arthur joined the Reserve Battalion of the NZRB at Brocton on the 8th of Jan 1918.

In Feb, he spent 18 days in Hospital at Rugeley, I think due to Gas Poisoning.

Over the next few months, Arthur record shows that he is twice back and forth out of Casualty Clearing Stations, mainly for minor issues, though on the 26th of Aug, 1918 it is noted that he is wounded.

He is then sent to the UK, to a Embarkation Camp, where he is appointed again as a Cook.

On the 24th of March he is admitted to Hospital, with Scabies, but discharged on the 29th.

On the 14th of June, 1919, he is at Sling Camp, and is docked 9 days pay for being AWL or Absent Without Leave from Camp.

Arthur returns back to New Zealand on the 23rd of June 1919, from Plymouth.

Both his medals are in good condition, with a short lengths of original ribbon attached, which have been sewn into loops.This is Arthur's full entitlement.

His short service file is here: