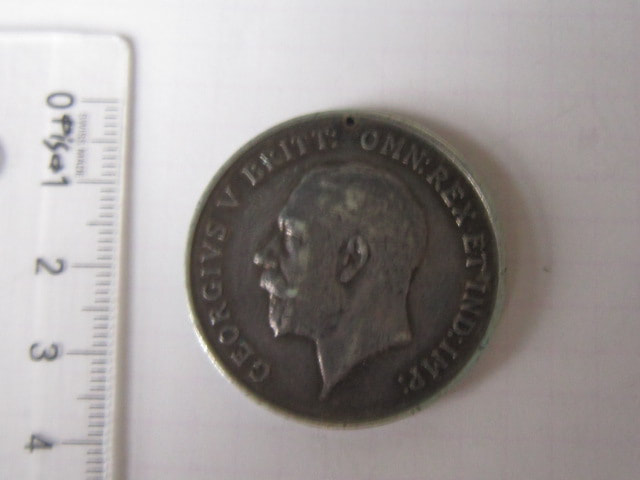 Micheal's details are correctly impressed to the rim of his medal.

He was a Engine Driver for E.C Gaisford in Bulls (small town near Palmerston North on the west coast of the North Island of New Zealand). His next of kin, was his Mother, who lived in Timaru (South Island), and he was born in Timaru, South Island, New Zealand.

He starts his service with F Coy, 26th NZ Rifle Brigade Reinforcements on the 24th of March 1917, but was then transferred some 10 days later, to F Coy, the 27th NZRB reio draft. On the 14th of June, he was moved again, this time to E Coy of the 27th NZRB Reio Draft. Micheal went on to spend 1 year and 217 days oversea's with initially the Auckland Infantry Regiment, and then the 1st Battalion of the 3rd New Zealand Rifle Brigade in France and the Western Front.

He left NZ on the 12th of June 1917, but was sadly to come down with Influenza while on-board. He was 7 days in the Ships Hospital.

He arrived at Sling Camp in the UK on the 16th of Aug, and marched in to the reserve battalion for the Auckland Infantry Regiment.

Micheal proceed to France on the 18th of Oct 1917, and joined the 3rd Battalion of the Auckland InfantryRegt in the field on the 11th of Dec 1917.

On the 18th of Jan, he was then attached to the 1st Australian Tunnelers Coy. This lasted till the 8th of Feb. He was then returned to camp in France.

On the 8th of March, he was attached to B Coy, 1st Batt, 3rd New Zealand Rifle Brigade.

On the 1st of May, he was admitted sick to hospital, but returned to his unit on the 10th of May.

On the 31st of Aug, he was Wounded in Action, with a gunshot wounds to his fingers. He was admitted to No.2 Field Ambulance on the day.

On the 12th of Oct, he was discharged to Codford Camp.

Sadly he fell ill at camp with pleurisy, and on the 3rd of Dec 1918, embarked for return to New Zealand.

Sadly Micheal was killed on the 10th of Oct 1926 in Hamilton, when a metal cable he was using to haul a load, snapped, and hit him.

Micheal was entitled to a Victory Medal to go with this BWM. I do not know the where-a-bouts of the other medal.

His BWM is a disc only, missing suspension bar (you can see it did have one, and there is a hole where it was affixed to the disc) and there is NO ribbon. Medal disc is in good, but very dark tone.