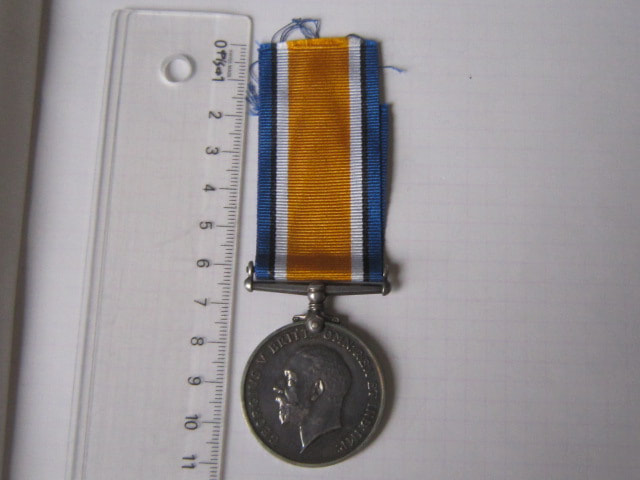 Norman's details are correctly impressed to the rim of his BWM.

His profession was "Carrier" prior to the war starting, and was self-employed. He gives a Evans Bay Rd address in Wellington. His next of kin, his wife, also lives at this address. Norman was born in Wellington, New Zealand.

Norman started his service on the 3rd of April 1918, as part of A Coy, 40th Infantry Reinforcements. This was altered to A Coy, 39th Coy on the 28th of April. It became a transfer to the 39th on the 13th of June. On the 20th of June, he was transferred back to A Coy, 40th Reinforcements. Norman wasn't that happy about this and went AWL (absent without leave) from Trentham Camp. It doesn't indicate for how long, but he received 7 days Confined to Barracks and 6 days loss of pay. He then left New Zealand to server 1 year and 47 days oversea's in the UK.

He arrived at Larkhill Camp on the 11th of Sept 1918 after what some have described as a voyage on "The Ship of Death".

The RMS Tahiti left New Zealand on 10 July 1918 with 1,117 troops onboard and 100 crew members, bound for England. Itwas the first exposure of the influenza strain on New Zealanders. The Tahiti was exposed to the flu when it called at Sierra Leone. The first soldiers suffering from Spanish influenza began reporting to the hospital on Tahiti on 26 August, the day that she left Freetown. By the time she arrived at Devonport on 10 September 68 men had died and a further nine died afterwards, an overall mortality rate of 68.9 persons per 1,000 population. It is estimated that more than 1,000 of those on board had been infected with the disease. A later enquiry found that mortality was worst in those over 40 years and that those over 25 had a higher mortality than those under 25. Mortality was also higher in those sleeping in bunk beds rather than in hammocks. The conclusion of the enquiry was that overcrowding and poor ventilation had contributed to the exceptionally high infection rate and death toll. It was one of the worst outbreaks worldwide for the 1918/19 pandemic in terms of both morbidity and mortality.

He was then transferred again to the NZRB camp at Brockton on the 3rd of Oct 1918. Its noted on his record, that he needed to pay for the ticket from Euston Train Station to Brockton.

In December 1918, Norman falls ill with pleurisy and ends up spending nearly the month in Hornchurch Hospital.

All seems quiet until Feb 1919, when Norman is now at Codford Camp and has two periods of AWL from camp. He is caught and punished with forfeit of pay. He is also docked further monies for loosing army kit.

Transferred again, he is now at Sling, and again goes AWL in June 1919.

In August 1919, he is embarked for return to New Zealand and is discharged from the army on the 23rd of Sept 1919.

He serves until 9th of March 1942, and then is discharged at his own request. But he is finally removed from Army rolls and service on the 1st of September, 1948.

Norman passed away in Wellington on the 16th of Sept 1951.

The BWM is Norman's sole entitlement for WW1 and is in good condition with length of ribbon attached.

For is WW2 service, he was awarded a British 1939 to 1945 War medal and also a New Zealand Service Medal. Both of these would have been unamed, as issued. I do not know the where-abouts of these other two medals.

Norman's service file for both WW1 and WW2 is here: