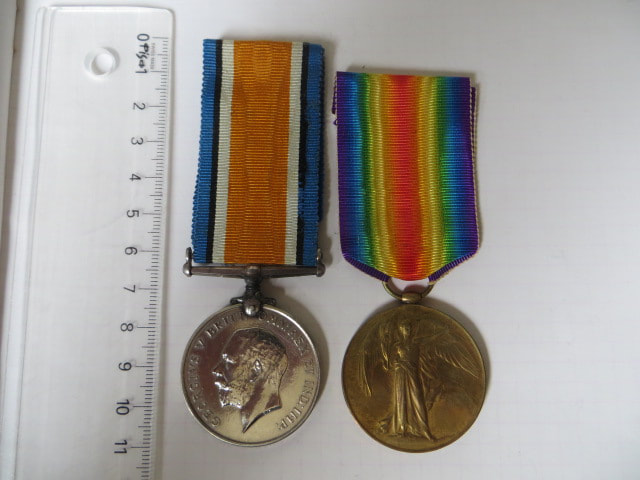 William was a barman, prior to his service in WW1. He lists a Spreydon, Christchurch address as his home and his next of kins (his mother). William was born in Oamaru, New Zealand.

He started his service on the 20th of Oct 1915 as part of C Squadron, 9th NZ Mounted Rifles Reinforcements. He went on to spend 3 years and 238 days oversea's in Egypt (1916) and France and the Western Front (1916-1917-1918). He transferred in Egypt, and instead of the Canterbury Mounted Rifles, served with the N.Z.D.A.C or New Zealand Divisional Ammunition Column.

This is his full entitlement, and both medals are in good condition, with light wear and polishing. Both have a long length of original ribbon attached.