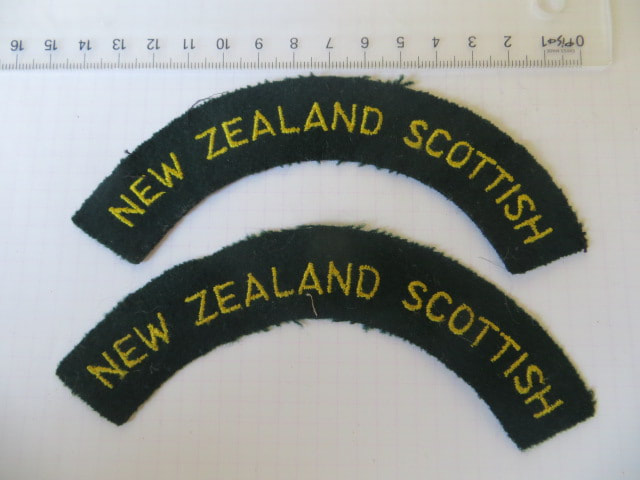 A matching pair (in terms of colour and construction) of embroidered yellow thread on a dark green background shoulder titles to the New Zealand Scottish Regiment.

The regiment has now disbanded, but can trace its formation just to prior to WW2. During WW2 it became part of the New Zealand Armoured Corps.

To back are remnants of glue and paper, where both titles have been removed from a album.

One show sign's of being removed/stitched to a uniform.