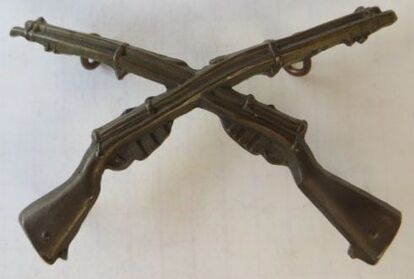 The New Zealand National Reserve, was a civilian home front organisation which had existed prior to WW1.
It formed with the New Zealand Defence Act of 1909, and was based on the UK Reserve system.
It was open to all Volunteers who had had previous Military service or were members of organisations such as the Red Cross and St Johns Ambulance.
Regional units were set up throughout New Zealand, and these had their own badge.
They came in two forms, with a button-hole attachment to back, or a brooch fitting.
The brooch fitting enabled the Female members to attache it to their blouse, but also it allowed the badge to be worn as a Cap badge.
Active members were coloured gilt crown within a enamel border, while honorary members were a silver crown within a enamel border.
Others National Reserve badges known:
Hamilton, Cambridge, Hawera, Hawera DRC (Defence Rifle Club with blue, red and green boarders), Patea, Palmerston North,
Well. Mil. Dist, G6, Oroua,
Well. Mil. Dist, G7, Wairoa,
Well. Mil. Dist, G7, Hastings,
Well. Mil. Dist, G7, Gisborne,
Well. Mil. Dist, G7a,
Well. Mil. Dist, G7c, Gisborne,
Greymouth, Southland (blue border), Southland (maroon border) Women’s National Reserve - Canterbury, Post and Telegraph.
Note Officers of the National Reserves attached rank stars to the top and sides of their badge (I have seen examples in the past come up for sale), while Warrant Officers and below, wore chevrons to their uniform sleeves. Many units did NOT adopt a uniform as it was beyond many of its members pockets. But many did adopt a civilian Cap, and wore it with their badge.

The above information was taken from Barry O'Sullivans article "National Reserve badges of WW1". 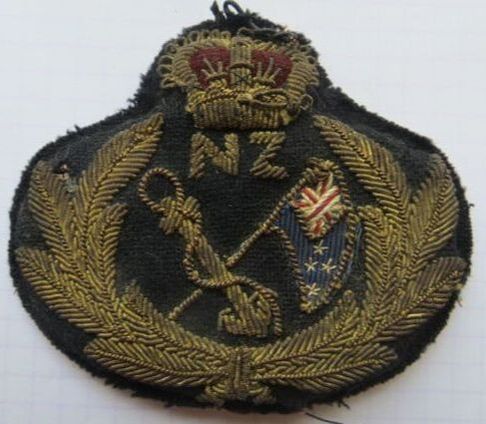 In 1863, New Zealand's Marine Board was set up as one of the first New Zealand Government Agencies to ensure Maritime Safety around New Zealand long coastline.
In 1866 the Marine Board was disestablished and the Marine Department was set up.  Its goal was to "protecting the maritime transport sequence and marine environment within New Zealand and maintaining safety and security".
Among its duties was to maintain all lighthouses around New Zealand Coast. But in 1907, it acquired the 805 ton Royal Navy gun boat HMS Sparrow. This was converted into a training ship and renamed NZS Amokura.
Over the next 14 years 527 boys trained in Amokura, 25 of them going on to naval service and most of the others into the merchant marine.
In 1972 the Marine Department was absorbed into the New Zealand Ministry of Transport, which went on to set up what is now the modern day Maritime New Zealand.
- Opposite: A cloth and bullion thread Officers Cap badge to the New Zealand Marine Department. No maker label to back.

The Railways started in New Zealand in 1863, with the Ferrymead Railway, but it wasn't until the 1880's that it truly became a national form of transport.
New Zealand Railways (NZR) or New Zealand Government Railways was formed as a Department in 1880 and then a Corporation from 1982. It was privitised in the 1990's and then became a state owned enterprise again in 2008. Today its is called KiwiRail.
Here are some of its buttons and button makers.
Huia Bruce Craighead started his business around 1932 in Wellington, with his family originating from Ashburton.
Abraham Levy (1861-1918) was a tailor, based in Wellington,  supplying uniforms from around 1913. There has been take over the years that he also produced and marked New Zealand Force buttons, but I have yet to see one. Certainly he put his mark to New Zealand Railways buttons and I have a Officers New Zealand Army Service Corps WW2 tunic with his makers label to its collar (see NZ Corps 1).

The Union Steam Ship Company of New Zealand Limited, was once one of the largest private employers in New Zealand.
It began in Dunedin in 1875 by James Mills, with a Scottish backer and operated throughout the coastline of New Zealand, with regular routes to Australia and Canada.
It was bought by Peninsular and Oriental Steam Navigation Company (P&O) in 1917. It was then on-sold to a Australian consortium in 1972, and finished up in 2000 after some 125 years in business. 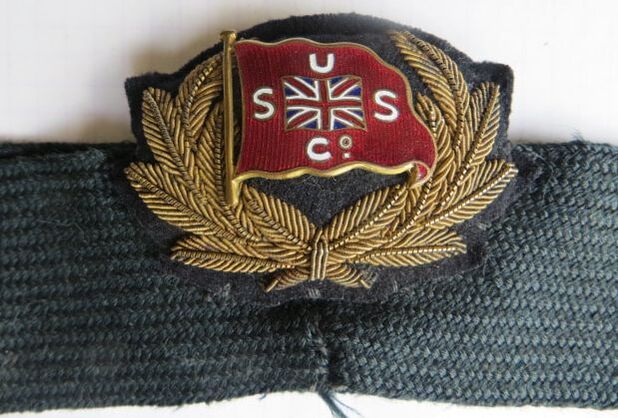 - Above: A Officers peaked cap band and Cap badge to the Union Steam Ship Company. A gilt metal badge, with enamel to center on a black background with gold bullion thread wreath. No maker mark to either back of badge or cloth band.

The Northern Steam Ship Company Limited, served initially the northern half of the North Island of New Zealand from 1881 to 1974. It started out due to very few good roads, linking early coastal settlements in New Zealand. But sadly it over time, as road and rail links improved, it lost its market, until finally the last NSS ship berthed at Dunedin on the 8th of December 1974.

- Below: The Shaw Savill Line was a British company, was set up in 1858 to transport produce and people between Great Britain and New Zealand.
In 1860, a Glasgow based shipping line also formed, called the Albion Shipping Company, which was managed by P Henderson & Company.
In 1882, the two companies merged to form the Shaw, Savill & Albion Line.
It went onto run passengers and freight between Great Britain, Australia and New Zealand until 1975.