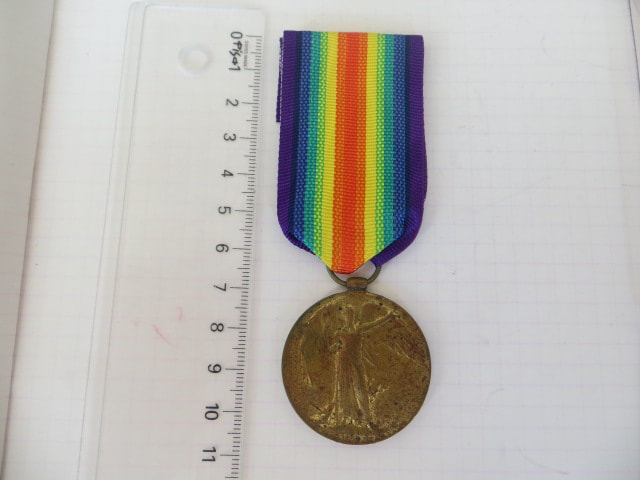 His total oversea's service was 2 years and 42 days.

Reg fell ill with Scabies in Sept 1917, and had to be evacuated out of the line. He would later rejoin his unit.

On the 18th of Feb 1918, he was severely Gassed, and was evacuated out of the line, first to a French based hospital and then to the UK. He would remain there, until early 1919.

He was discharged from the NZ Army on the 12th of July 1919, as no longer fit for active service due to Gas Poisoning.

He was entitle to both a British War Medal and this Victory Medal. I sadly do not know where the BWM is.

His medal is in toned condition. Note there is a area of abrasion around Reg's service number on rim. Number is still visible. Medal comes with a length of replacement ribbon.

His WW1 service file can be found here.