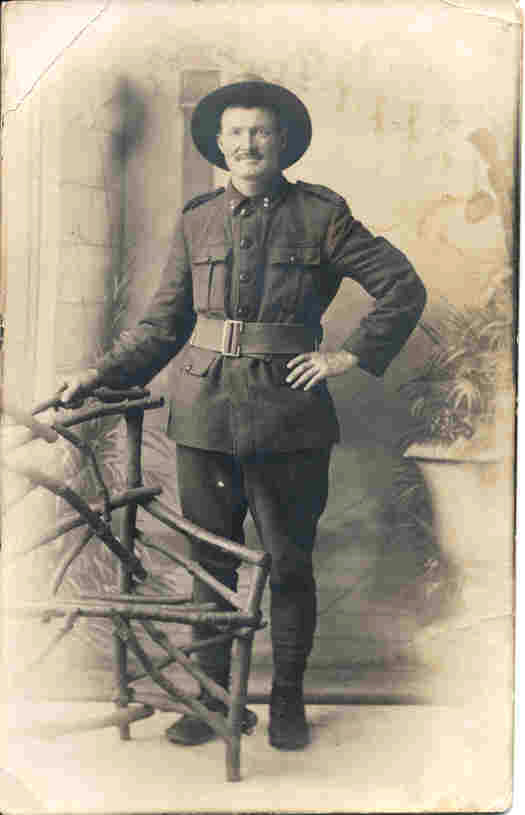 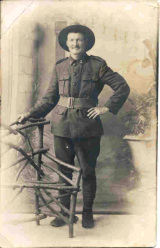 He started his service on the 10th of Jan 1916 as part of the 12th Reinforcement Draft of the NZ Field Engineers.

Bert embarked for overseas in Wellington on the 1st of May 1916.

He disembarked at Devenport on the 7th of Aug 1916 and marked into Sling to join the NZ Reserve Group.

Bert was admitted to No.1 General Hospital Brokenhurst on the 1st of March 1917 with Measles.

Discharged to Boscombe Camp - NZ Engineers Reserve Depo on the 27th of March 1917.

Attached to NZ General Depo Etaples on the 4th of May 1917.

Attached to 2nd ANZAC Division Refit Camp on the 2nd of June 1917.

Sadly Bert was wounded in action on the 29th of July 1917, with shrapnel wounds to the head and arms.

Admitted to NZ No .3 Field Ambulance.

Admitted to No. 2 Australian Casualty Clearing Station on the 30th of July 1917.

Admitted to No. 2 NZ General Hospital Walton-on-Thames on the same day.

Discharged as no longer fit due to wounds received in action on the 3rd of Feb 1918.

Bert passed away on the 9th Sept 1958 in Tauranga.

His brother Albert Friis, also served during WW1 in the NZRB -service number 26/1593

Berts BWM is a disc only, and is missing the suspender and ribbon. He was also entitled to a Victory medal, which I do not know the where-a-bouts of. His BWM is in good, uncleaned condition.