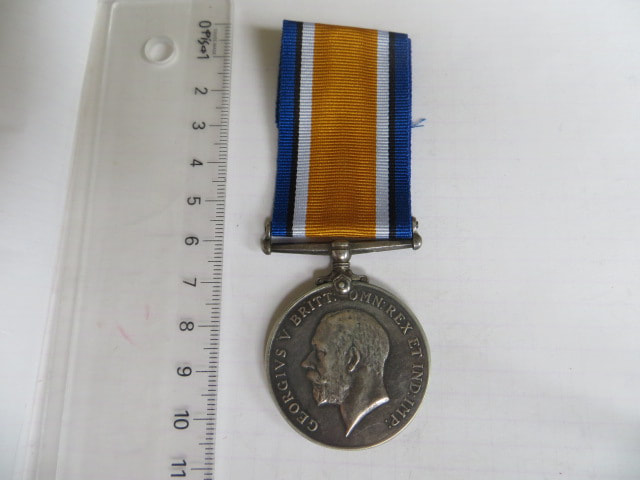 David was a Yardman for a S. J. Carter, giving a Walton Street, Kaikorai, Dunedin address. He lists his Mother as next of kin, at the same address. David was born in Dunedin, New Zealand.

He marched into Brockton Camp, and was assigned to the Reserve Battalion of the New Zealand Rifle Brigade.

David left for France on the 23rd of Sept 1918, and marched into NZ General Depo Etaples.

On the 20th of Oct, he was evacuated out of the line due to Scabies.

David embarked for New Zealand in March 1919 from the UK.

He was discharged from the NZ Army on the 21st of May 1919 on termination of hostilities in New Zealand.

His British War Medal is in good condition, with a length of ribbon attached. He was also entitled to a Victory Medal, sadly I do not know the where-a-bouts of.