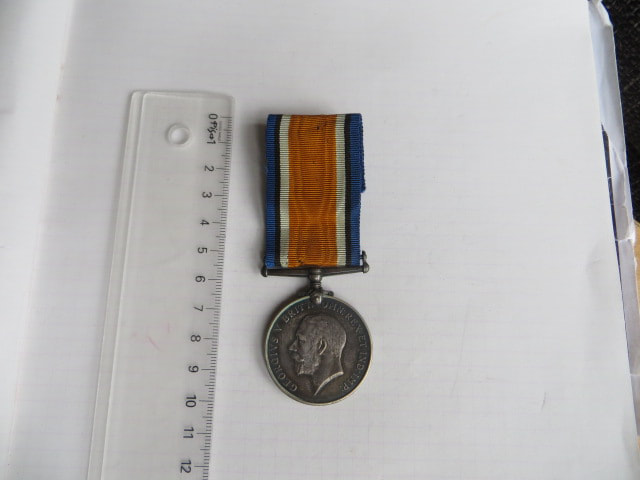 Vivian was a Schoolmaster, prior to his service during WW1 and lists his address as Mangaweka (a township on the State Highway One, Manawatu-Whanganui region, in the North Island of New Zealand). His last employer was the Wanganui Education Board. He lists his Father, as next of kin in a address at Palmerston North. Vivian was born in Masterton, New Zealand.

He started his service on the 31st of Oct 1916 as part of F Coy, 26th New Zealand Rifle Brigade Reinfocements, and was promoted to Corporal on the 13th of Nov 1916.

Vivian left for the UK and marched into Sling Camp on the 16th of Aug 1917.

He was reverted to Lance Corporal on the same day.

Vivian was promoted to Corporal while at camp and proceeded to France on the 14th of Oct 1917.

He joined 10th Coy, 1st Battalion of the Otago Infantry Regiment in the field on the 24th of Oct 1917.

Sadly Vivian fell ill while in the line, and was evacuated out on the 27th of Dec 1917 to No. 63 Casualty Clearing Station.

Evacuated out to London and Southwark General Military Hospital on the 3rd of Jan 1918.

Has a severe fever.

Admitted to NZ General Hospital Brokenhurst on the 9th of Feb 1918.

Admitted to NZ Convalescence Hospital Hornchurch on the 19th of Feb 1918.

Vivian was diagnosed with Neurasthenia - a medical condition characterized by lassitude, fatigue, headache, and irritability, associated chiefly with emotional disturbance.

He was returned to New Zealand after hostilities were finished and discharged from the NZ Army on the 24th of March 1918 as no longer fit due to illness contracted on active service.

His BWM is in good condition and comes with a length of ribbon attached. He was also entitled to a British Victory Medal, of which, I do not know the where-a-bouts of.

Vivian's file on-line is not complete, and is missing his active service sheets, so his file is only 6 pages long and can be viewed here: