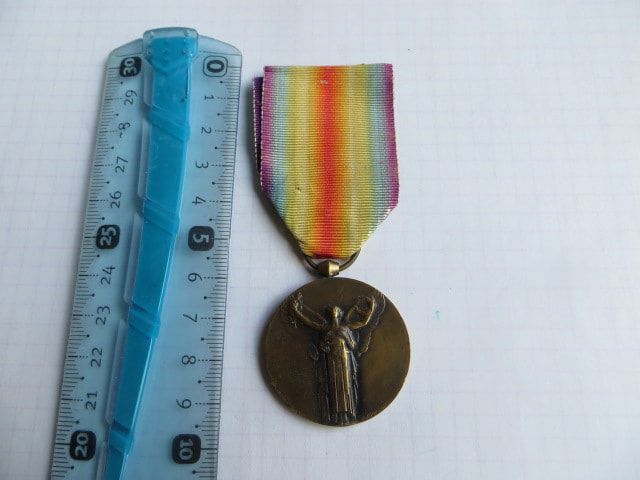 A full sized WW1 French Victory medal awarded to all soldiers who served three months, consecutive or not, between 2 August 1914 and 11 November 1918 in the war zone.

Light wear to front, with some surface rubbing to winged victory figure.

Marked "A Morlon" to front edge, but unnamed as issued.