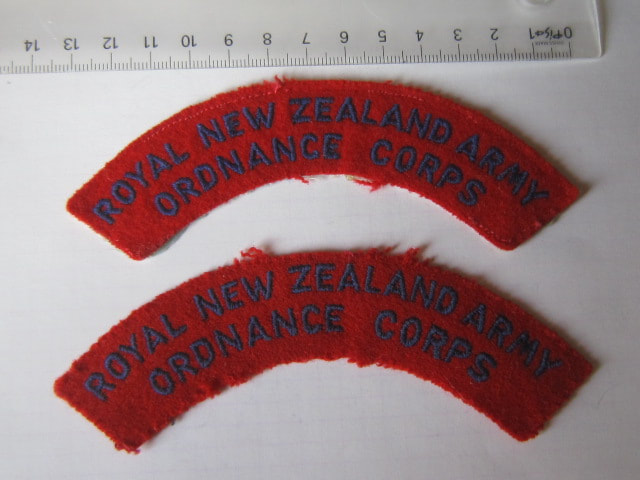 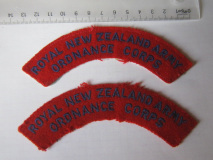 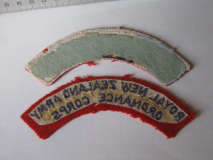 A pair of near matching (good to front, but there is a difference in backing cloth/paper) of cloth shoulder titles to the Royal New Zealand Army Ordnance Corps.

Manufacture looks to date them from the late 19780's, and were only worn until 1996, when the Corps amalgamated to from the Royal New Zealand Army Logistic Regiment.

To back, Both have a hessian type backing cloth, with one closely cropped near the letters and the other partly hidden by glue and cardboard (must have been removed from a display board or album).

Both show signs of removal from a uniform with old thread and puckering to edges.